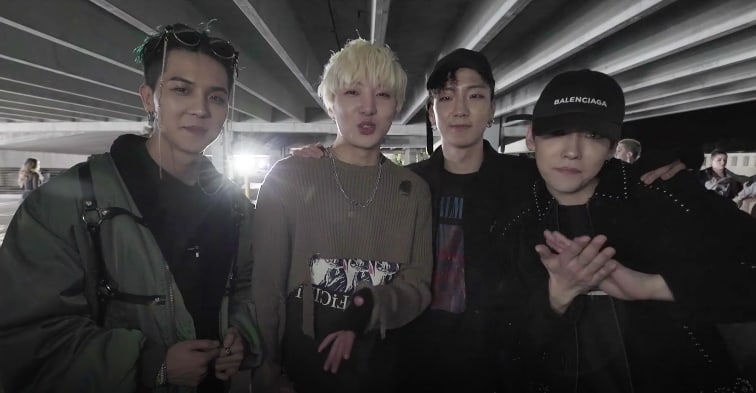 The making film includes clips of WINNER practicing the song’s choreography and behind-the-scenes footage from their music video shooting in Los Angeles.

Some of the key people in the making of their music video were interviewed for this video. Their choreographer Oththan Burnside expresses how wonderful it was to work with WINNER, saying, “WINNER is great. Each of them has such unique personalities. They know what they want to see, and that’s what makes it great for me as a choreographer.” On the other hand, the director of the music video, David Meyers, explains what kinds of elements he incorporated into the music video.

Meanwhile, the members of WINNER talk about how it feels to be dancing after such a long time. Song Mino says, “I think it’s been about three years since we’ve danced so hard, so it was physically really tiring.”

WINNER will showcase their dance moves at “Music Core” and “Inkigayo” on April 8 and 9 for the first time since their debut!

You can watch the making film here.