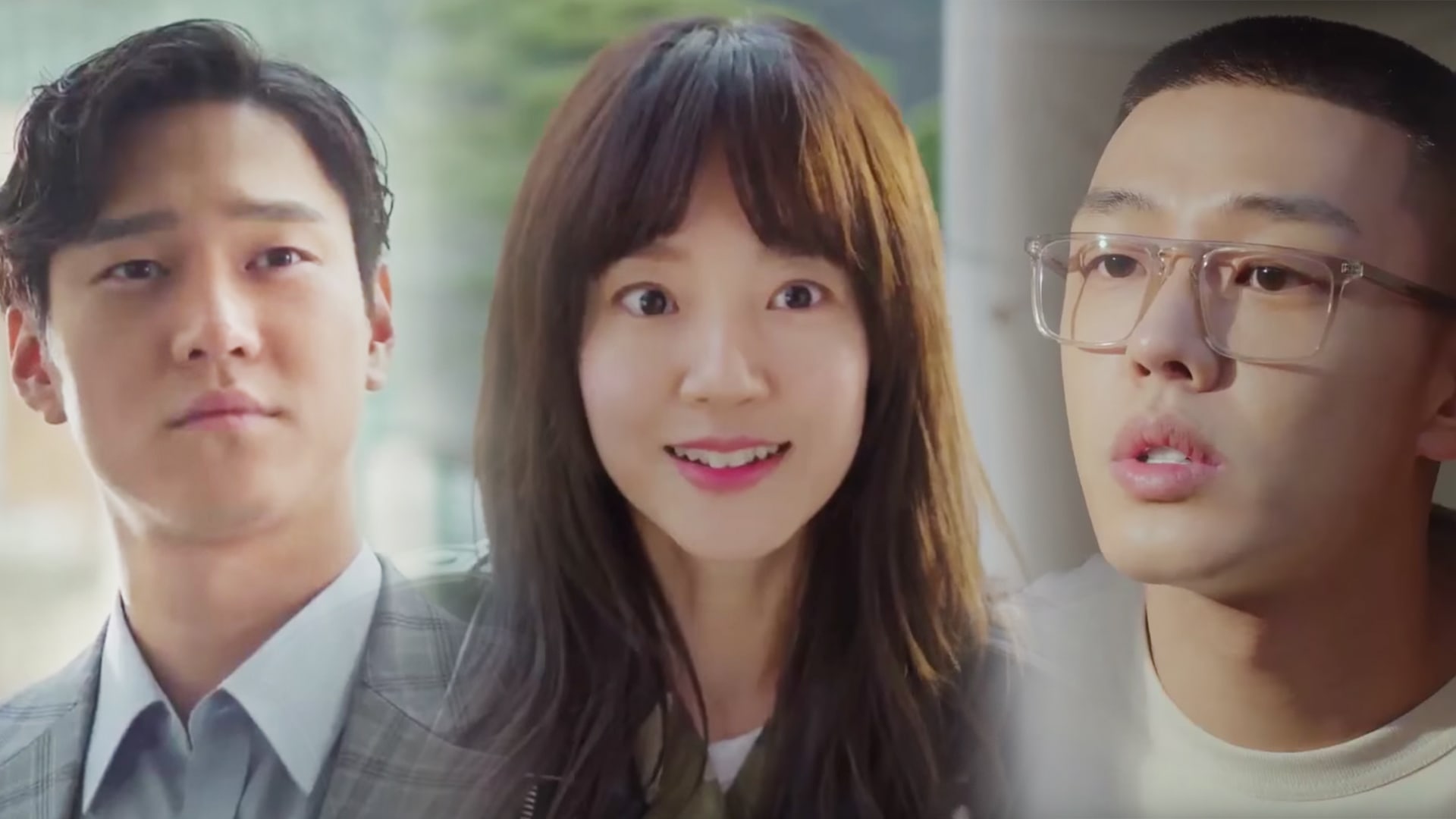 Like in the previous teasers, the new preview for tvN’s “Chicago Typewriter” begins with Jeon Seol (Im Soo Jung) approaching star writer Han Se Joo’s (Yoo Ah In) home. Han Se Joo asks her how she got in and she replies matter-of-factly, “Because of your dog.” The dog, which presumably is not Han Se Joo’s, swallows a USB that contains something of value to the writer and runs away, which is how the two end up chasing after it.

Yoo Jin Oh (Go Kyung Pyo), the mysterious ghostwriter who could potentially save Han Se Joo’s career, makes a charming appearance as he helps a woman pick up something she dropped. He also comes across the animal hospital where Jeon Seol works and looks at her almost longingly, which is raising curiosity as to what the connection between the two characters is.

The tone of the preview takes a dark turn when it’s revealed that a reporter released some secret about Han Se Joo that could presumably hurt his career. Han Se Joo goes to confront Jeon Seol about it, which causes her to explode and yell, “Do you really think you’ll be successful and famous forever? There will be a day when you come crashing down too!”

The preview concludes with a time-slip, in which the characters are transported back in time to another era in which they were all somehow linked to one another as well.

Watch the new preview below!

Be sure to also watch “Chicago Typewriter” exclusively on Viki once it airs!