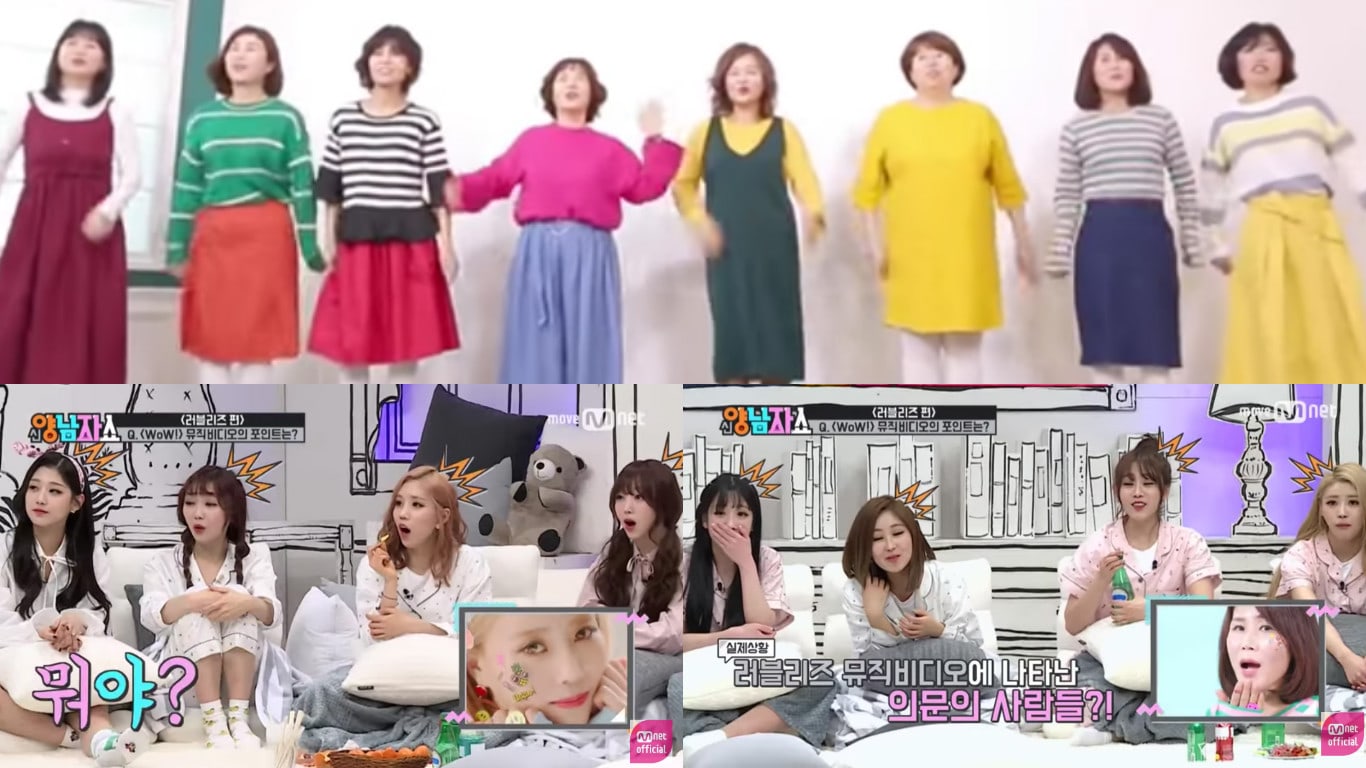 The members of Lovelyz were given a sweet surprise during their appearance on Mnet’s “New Yang Nam Show.”

They thought they were going to be watching the music video for their newest title track “WoW” and explaining the hidden secrets behind it, like the fact that many of their props were gifts given to them by fans. However, the members were stunned when, instead of their own faces, they saw their moms on the screen.

It turned out that the show had gathered the moms of the members together to recreate the music video as a special gift for Lovelyz. The moms even practiced the choreography and mimicked their daughters’s cute expressions. 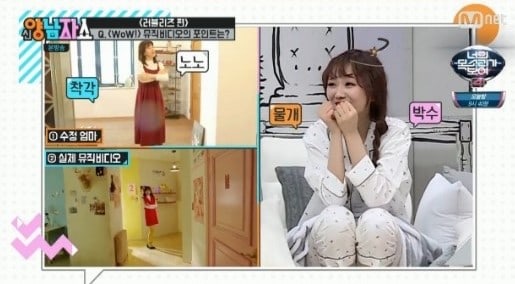 Even while laughing at the situation, the members of Lovelyz were wiping tears away by the end of the music video. They were so surprised and happy to see their moms that they couldn’t help but shed a few tears. Jiae explained, “[I started crying because] I don’t call my mom very often.” 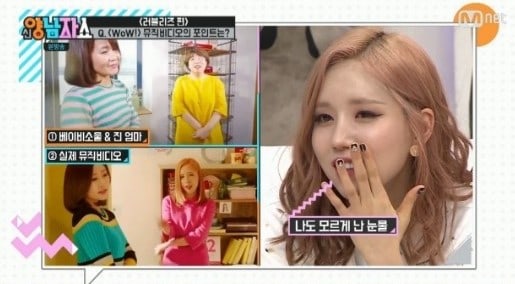 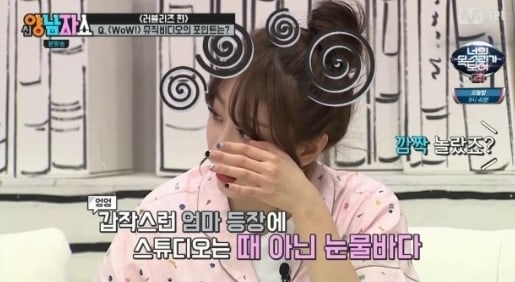 It was a very sweet moment for both the members of Lovelyz and their moms, bringing them closer than ever through their music.

Lovelyz
New Yang Nam Show
How does this article make you feel?