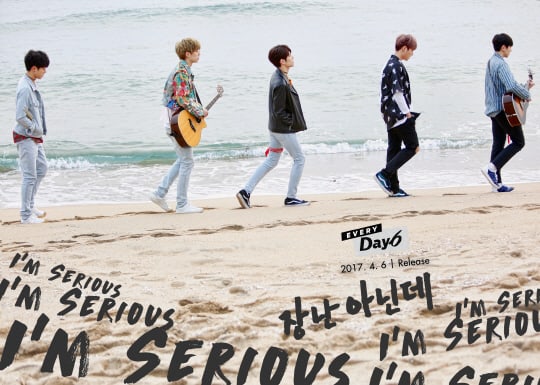 DAY6 has been rising in various music charts after the release of their new single!

When their single “Every DAY6 April” was released on April 6, the album became first place on iTunes albums charts in Finland, Brunei, Belarus, and Barbados on April 7.

Moreover, the single rose to second place on iTunes charts for Argentina, Thailand, Indonesia, Norway, Taiwan, Singapore, and Hong Kong, and third place in the Philippines and Vietnam. All in all, the group has maintained a high ranking on the iTunes charts of Asia, Europe, and even the United States.

Congratulations to the group!