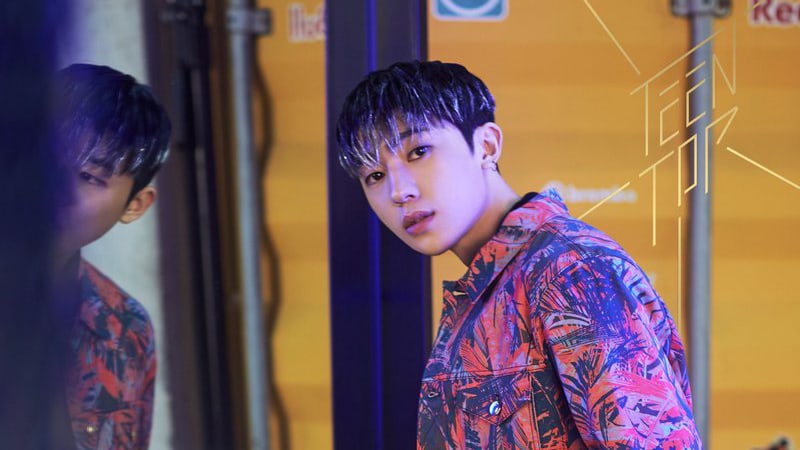 Teen Top will be making their comeback on April 10 with their second full length album, “HIGH FIVE,” which is also their first full length album in seven years, and will begin promotions as a five-member group after the departure of former member L.Joe.

Despite their busy comeback schedule, Teen Top member Changjo decided to participate as a contestant in the upcoming sixth season of hip-hop survival program “Show Me The Money.” Changjo previously competed on the second season of JTBC’s “Tribe of Hip-Hop,” through which he surprised many with his impressive rapping skills.

Changjo said, “Although I am a vocalist in Teen Top, I’ve always really liked the hip-hope genre, which is how I came to compete in the show. I really want to receive evaluations and be judged [for my hip-hop skills]. It doesn’t matter if I am eliminated from the show in the process. I will try my very best no matter what.”

When asked how he felt about competing against such prominent rappers, such as former “High School Rapper” contestant Jang Yong Joon, Changjo replied, “With every new competitor that is revealed, I become more and more worried. So, I know that I will just have to try harder.”

Meanwhile, “Show Me The Money” continues to roll out announcements regarding their star-studded producer lineup, which includes Block B’s Zico and Dean, and their panel of judges, which could potentially include Dynamic Duo and Tiger JK.

Changjo
Teen Top
Show Me the Money
How does this article make you feel?