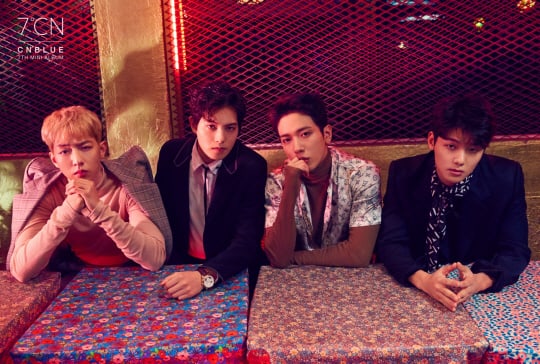 CNBLUE will be holding their own concert in Seoul on June 3 and 4 titled “2017 CNBLUE Live [Between Us] in Seoul.”

This is their first concert in Seoul in a year and seven months since their Asia tour concert “Come Together,” which was held in October of 2015. For this new concert, CNBLUE will stage live performances of songs included in their new mini-album “7℃N.” The long-awaited concert will definitely be a refreshing time for the fans during the summer.

The tickets for CNBLUE’s upcoming concert will go on sale through auction on April 20 for official fan club members and it will be opened to the public on April 24.