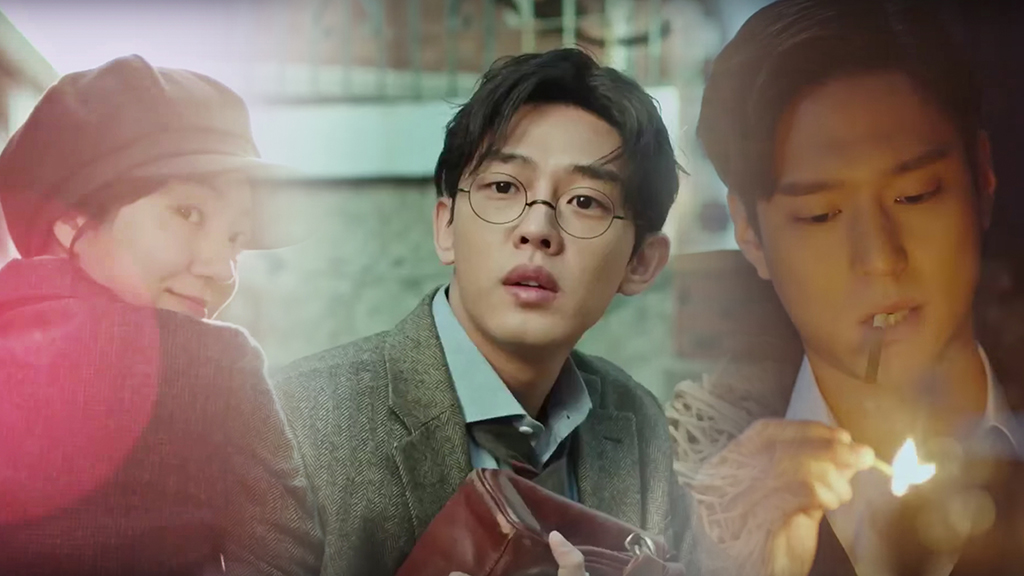 “Chicago Typewriter” will tell the story about these three characters and how they are connected to one another both in the present and in the past, through an antique typewriter. Here are three reasons why you should watch the new mystery romance drama!

First, the writer-director combination for “Chicago Typewriter” is exceptional and worth anticipating great things from. Writer Jin Soo Wan is known for writing popular dramas like “The Moon Embracing the Sun” and “Kill Me, Heal Me.” Viewers can expect a tight script with multi-dimensional characters and a gripping narrative arc. Joining Jin Soo Wan is PD Kim Cheol Kyu, who is known for directing hit dramas like “Hwang Jin Yi” and “On the Way to the Airport.”

Secondly, the star-studded cast is by far one of the greatest draws to the drama. Actor Yoo Ah In will demonstrate his acting capabilities with a broad range of emotions through his role as the cold but gentle-hearted genius writer, Han Se Joo. Actress Im Soo Jung, who is making her comeback on the small screen for the first time in 13 years, will fully embody her character as the quirky but lovable Jeon Seol. Finally, Go Kyung Pyo will round out the incredible cast by bringing a solid performance and much-needed air of mystery to his role as the unknowable ghost writer Yoo Jin Oh.

Lastly, the official genre of the drama is “antique romance.” Although Yoo Ah In and Im Soo Jung’s characters’ first meeting is something straight out of a romantic comedy, the role of the Chicago Typewriter will tie the present narrative back to their relationship in the 1930s, creating an interesting and unexpected facet to the drama. PD Kim said, “The drama is a melodrama, period piece, and fantasy drama all in one,” implying that the drama was so unique that it would be difficult to categorize into one specific genre.

Are you excited for “Chicago Typewriter”? Check out the trailer for the drama below and be sure to watch the drama on Viki once it airs!