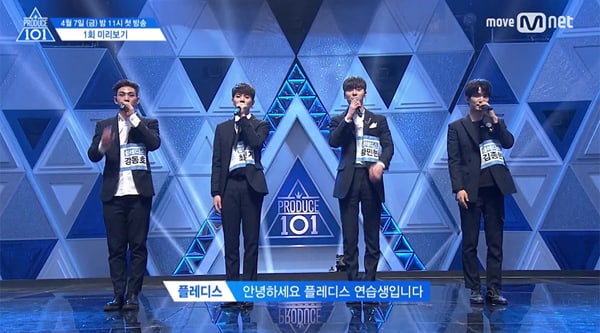 The members of NU’EST recently explained why they are appearing on “Produce 101 Season 2,” despite being a group that made their debut in 2012.

The first episode of Mnet’s survival boy band show aired on April 7 and showed the 101 trainees getting their first rankings. The second half of the episode featured an appearance by Kang Dong Ho (Baekho), Kim Jong Hyun (JR), Choi Min Gi (Ren), and Hwang Min Hyun (Minhyun), all members of boy band NU’EST.

See also: “Produce 101” Trainee NU’EST’s Minhyun Caught Up In Controversy For Past Actions

The members stated that they knew that many considered them a failed boy band, and added, “We’re thinking of this as our last chance. We’re here because we’re that desperate.” 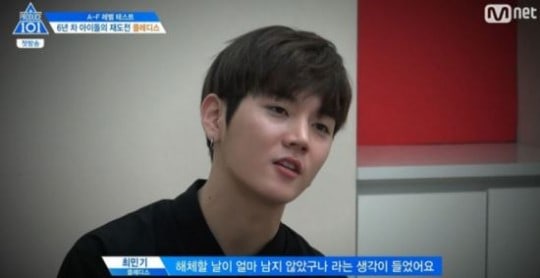 Seeing them appear on stage for their evaluation, trainer Kahi couldn’t help but cry as she said, “I used to be a trainee with them, and I feel so bad seeing them up there.” Kim Jong Hyun also revealed that after his first glance at Kahi, he couldn’t look her way any longer because he felt like he was going to start crying as well.

The four members performed a rendition of After School’s “Because of You,” but none of them were able to receive an A or B ranking. Only Hwang Min Hyun received a C grade, while the other three received a D. 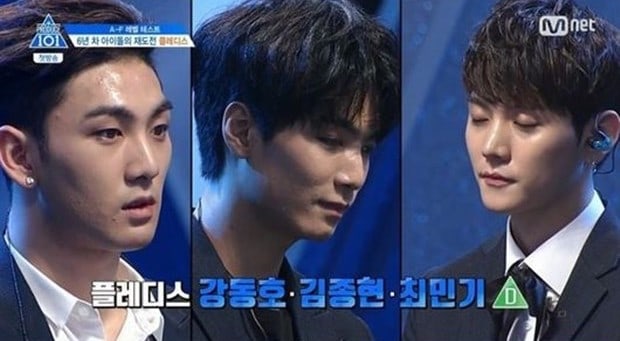 Despite their low rankings, the other trainees still expressed their worries about going against the members of NU’EST. Though the four members didn’t receive good rankings and are on the brink of disbandment, they still have an established fanbase unlike most of the other trainees. Some viewers have even expressed concerns that this makes the competition unfair as “Produce 101 Season 2” is based on votes made by the public.

What’s your opinion on NU’EST appearing on “Produce 101 Season 2”?