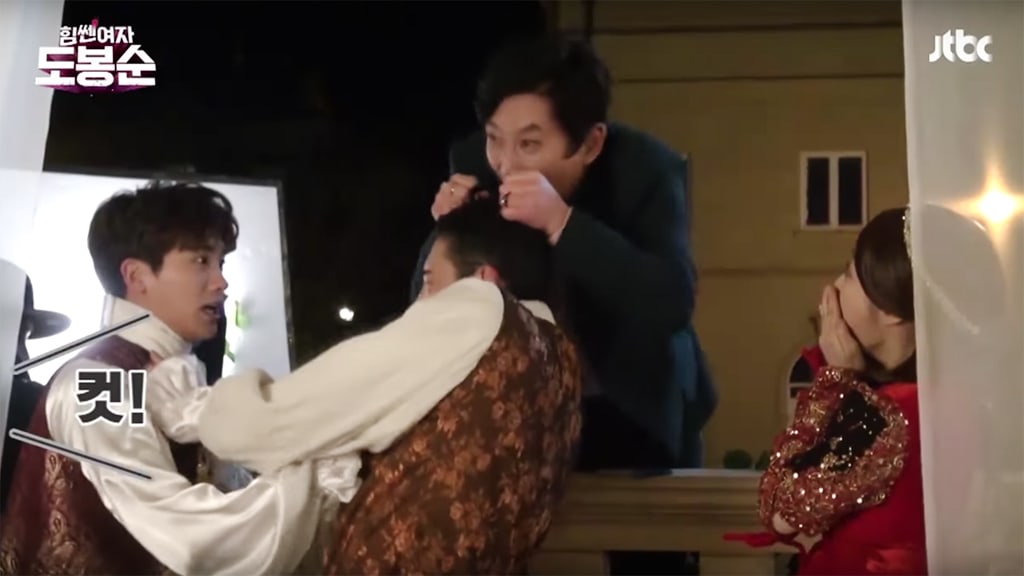 In a new behind-the-scenes video from the set of JTBC’s hit drama “Strong Woman Do Bong Soon,” viewers can see the hilarious antics that were happening between takes for the Romeo and Juliet scenes in the drama.

The video was made especially more amusing with the appearance of actor Kim Won Hae, who has taken on two roles in the drama as both a clumsy gangster and as the slightly crazed Ainsoft employee who continues to give Do Bong Soon a hard time whenever he can. Despite their characters’ dysfunctional relationship, it’s clear that Park Bo Young is Kim Won Hae’s biggest fan on set and can’t stop laughing at all of his ad-libs.

A behind-the-scenes video from “Strong Woman Do Bong Soon” wouldn’t be complete without some adorable moments between Park Bo Young and Park Hyung Sik, which manifested in the form of cute teasing and bickering. In one funny moment, Park Bo Young called out to Park Hyung Sik for a take by calling out lovingly, “Romeo?” a few times; however, since there was no response from him, Park Bo Young quickly changed her tone and yelled, “Yah!” which caused everyone on set to laugh.

Watch the rest of the video below!