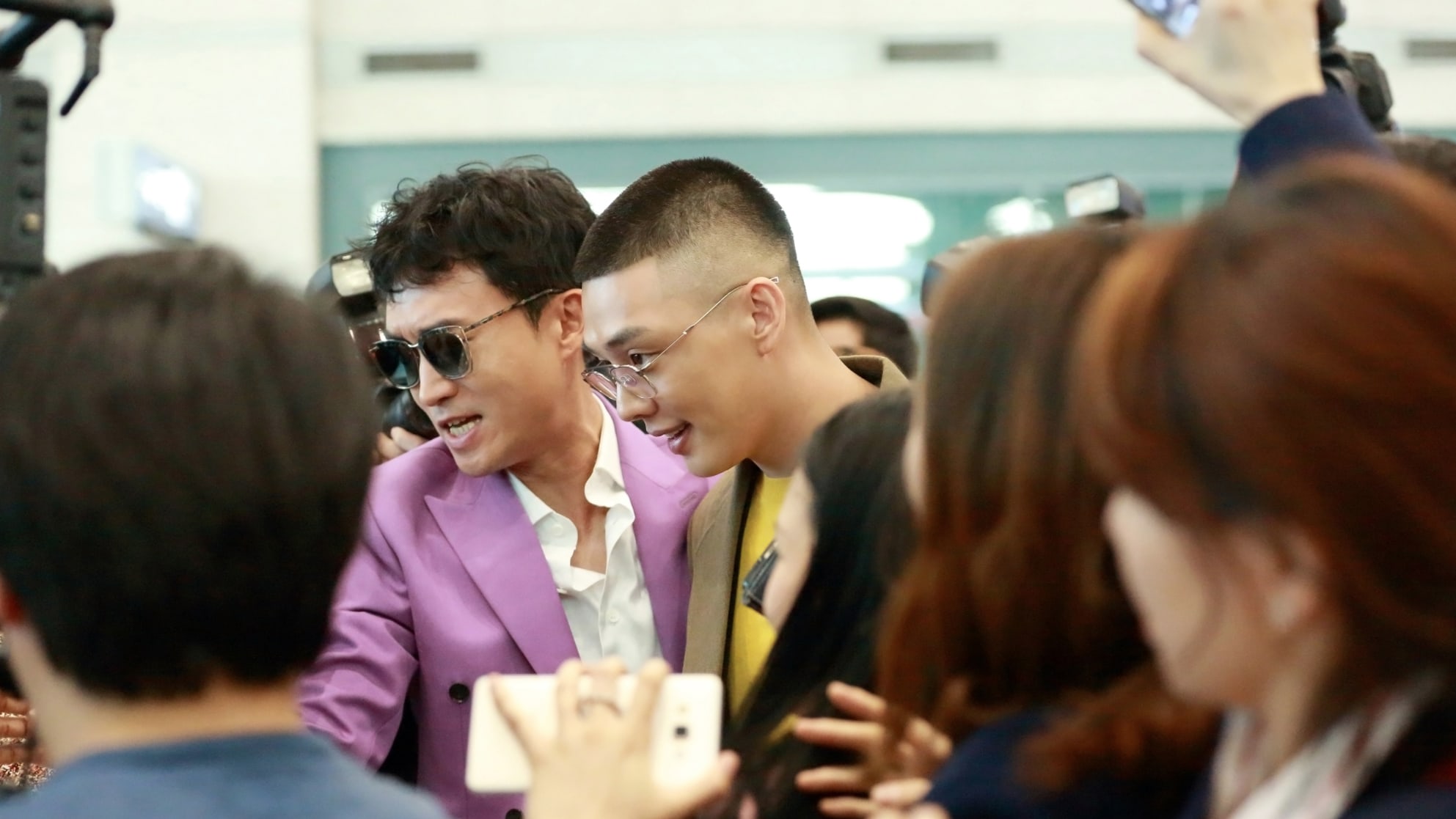 Perhaps it’s because they’ve both been in the business for a long time but Im Soo Jung and Yoo Ah In are on a different level than other actors in terms of professionalism and chemistry with other actors and crew members.

From the very beginning, Yoo Ah In can be seen filming a hectic scene in which his character Han Se Joo is bombarded by screaming fans and flashing lights at the airport. Despite the difficulty of the scene, Yoo Ah In filmed it over and over again after discussing everything down to the tiniest details with the director. The actor even gave advice to an extra about how they should coordinate their movements for the scene and received some well-deserved praise from the director after finishing filming.

The second half of the video shows Im Soo Jung filming the scene in which her character Jeon Seol delivers a package to Han Se Joo’s house. Like Yoo Ah In, Im Soo Jung can be seen diligently checking every detail with the director before filming her scene. The actress showed off a cute, lovable side as well when she confessed she forgot her line, while smiling cheerfully at the staff members. Plus, the video shows interactions between Im Soo Jung and her dog co-star when the camera isn’t rolling.