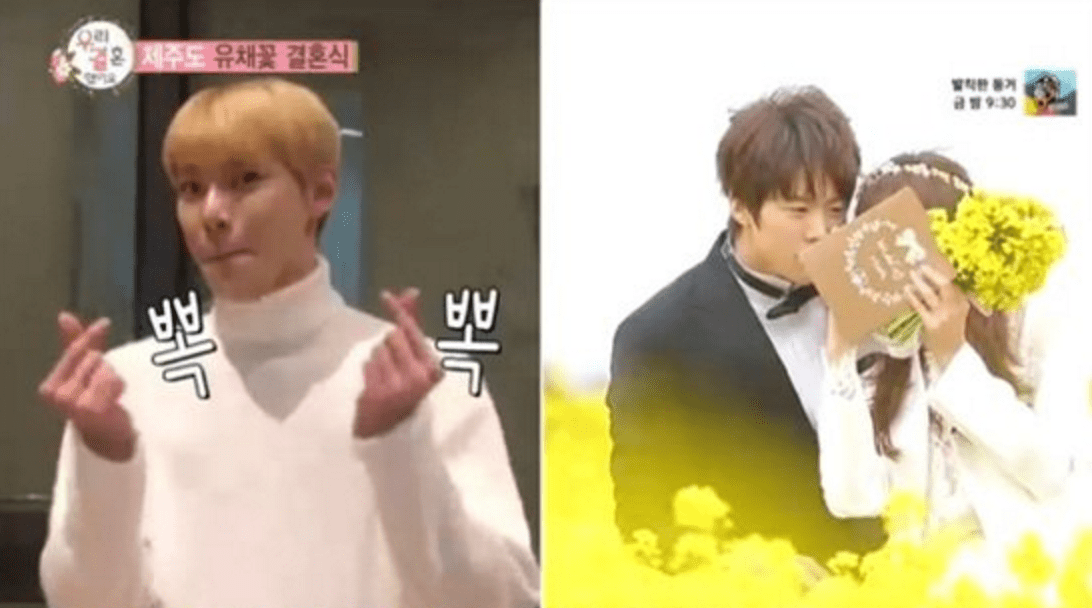 On the April 8 episode of MBC’s “We Got Married,” Gong Myung and Jung Hye Sung finally hold their wedding on Jeju Island.

NCT’s Doyoung, Gong Myung’s younger brother, who couldn’t participate in the ceremony due to conflicting schedules, prepared a video for his brother. 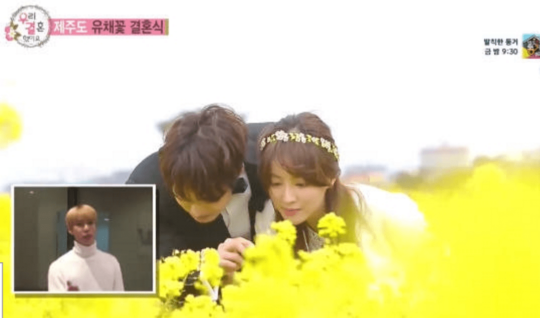 Before he congratulated him, however, he ordered his brother around on various missions such as acting cute towards Jung Hye Sung and telling her he loves her. Although Gong Myung was reluctant, saying, “He’s making me do weird things,” he completed all the missions to Jung Hye Sung’s delight. 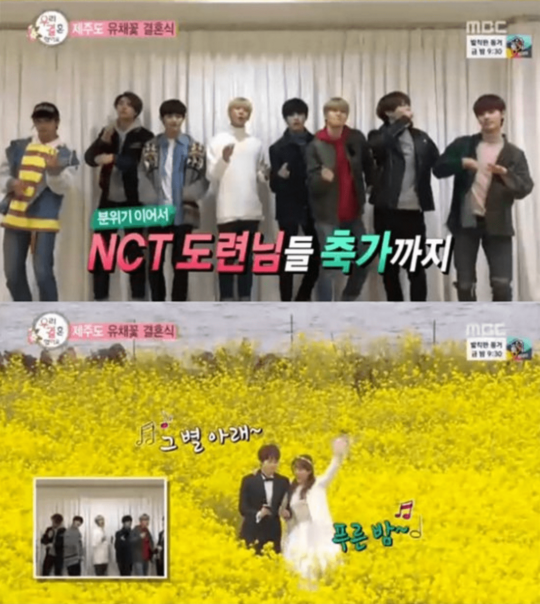 Afterwards, the members of NCT 127 sang Yurisangja’s “On a blue Night on Jeju Island” (through the video) as a congratulatory song to the couple.

Watch the latest episode of “We Got Married” below!

Gong Myung
Jung Hye Sung
Doyoung
We Got Married
NCT 127
How does this article make you feel?