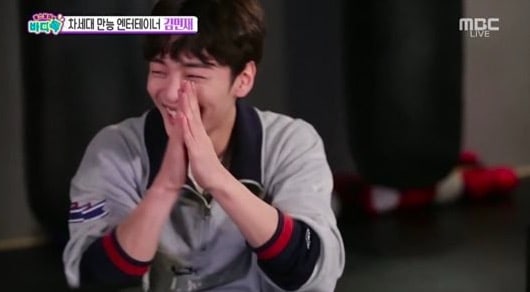 On the April 9 broadcast of MBC’s “Section TV,” Kim Min Jae said, “When I’m not working, I travel or work on music. I also play the piano.” Previously, he had mentioned that he had been an idol trainee for about four years before he became an actor. He proved his talents, during the interview, with impressive dancing as well as rapping and even beat boxing. Hip hop fans may remember the actor’s impressive audition during “Show Me the Money 4” back in 2015.

Kim Min Jae also discussed why he decided to pursue acting. He revealed, “When I was a trainee, I found it difficult to express my emotions. I got an acting lesson for that by chance, and I found it fun to express emotions. That’s how I got started, starting from being an extra on set.”

The star revealed how much he loves acting by saying, “My favorite praise to hear is that I’m good at acting.”

Section TV
Kim Min Jae
How does this article make you feel?