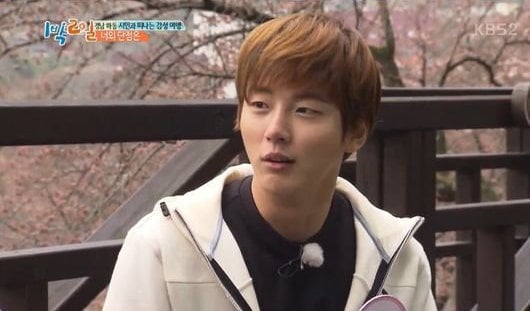 In typical “2 Days & 1 Night” fashion, the cast fought to the death (figuratively) with words, all for food.

During the April 9 episode of the KBS variety show, the members had to play a game where they would point out the negatives in each other, and essentially diss each other, in good humor.

The prize was, to no one’s surprise, a proper lunch, which spurred the cast members on to pull out their arsenal of words to try and jokingly insult each other as best they could.

When it was time to “criticize” Kim Jong Min, some of the things said were, “He eats alone,” “He has no girl[friend],” “His face swells easily,” and “He always loses games.” 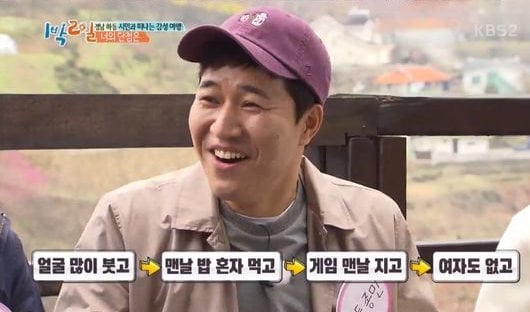 However, Yoon Shi Yoon threw the most effective attack and caused his fellow cast member to have a mental breakdown when he hilariously, and jokingly, said, “He doesn’t even have a girl but he only focuses on looks.”

While his fellow members only said what they had to to try and win a meal, poor Kim Jong Min couldn’t recover and ended up being the one who received a punishment for losing the game.

Watch the whole scene play out in the full episode on Viki below!