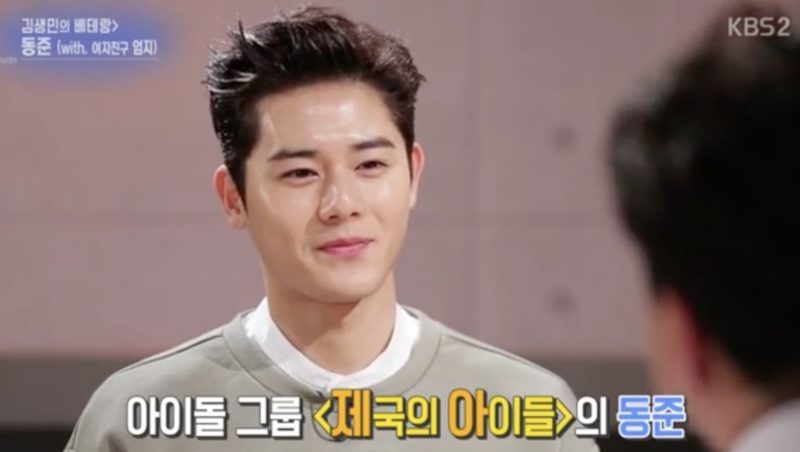 A few months after Moon Junhyung’s enigmatic update, Kim Dong Jun addressed ZE:A in a way that added to the ambiguity surrounding rumors of the group’s potential disbandment.

On April 8, Kim Dong Jun sat down for an interview with KBS 2TV’s “Entertainment Weekly.”

During the interview, he talked about the fact that ZE:A was unable to win No. 1 on a music show even though members like Im Siwan, Park Hyung Sik, and Kwanghee gained immense popularity.

“Our group came up with a unique strategy. We decided to spread out as far as possible before returning to the starting point. We’re just expanding our network right now. We always aim for the No. 1 spot,” he disclosed, hinting at the group’s potential return in the future. “Even if it takes a while, we desperately want to spread out [into different fields] and then bring [everyone] together,” he added. 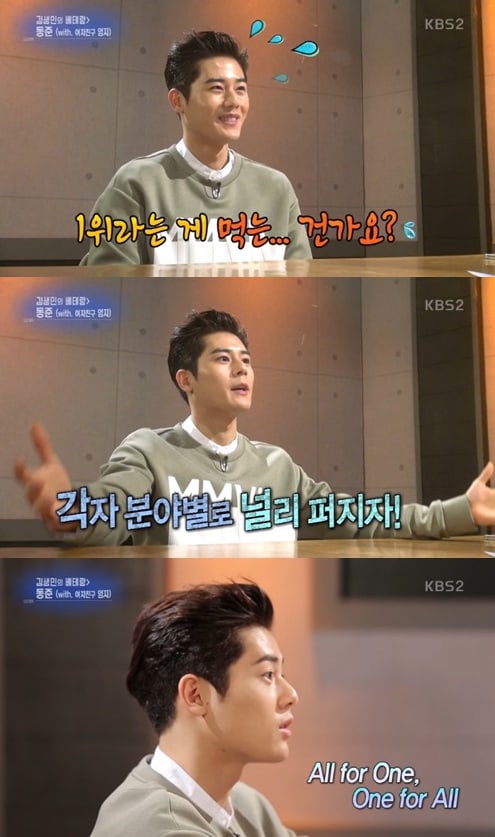 Kim Dong Jun mentioned his fellow members once more as he shared a story from their early days. “Our debut stage was on ‘Music Bank.’ We had to use ear pieces for the first time, but none of the members knew how to use them. No one told us we were supposed to tape them onto our ears, so all nine of us dropped them during the rehearsal. It was a mess. We also got scolded for not being able to look at the cameras,” he revealed, reminiscing on his debut days.

Meanwhile, Kim Dong Jun is currently starring in the daily drama “I Still Love You.”

Entertainment Weekly
ZE:A
Kim Dong Jun
How does this article make you feel?