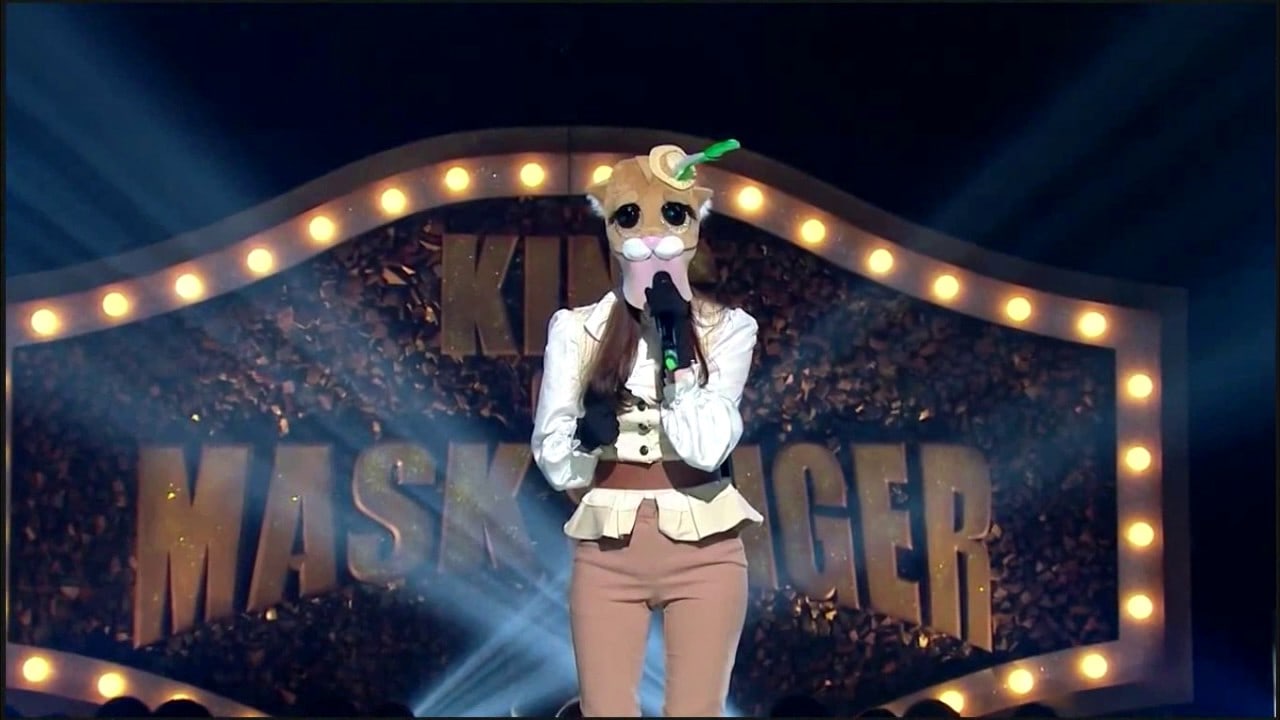 On the April 9 episode of MBC’s “King of Masked Singer,” the winner of the 51st and 52nd crown known as “Puss in Boots” was unmasked at last.

“Puss in Boots” was unmasked to be one half of popular ballad duo Davichi, Lee Hae Ri. She said, “When we sing ballads, we wear tight and short dresses. On the ‘King of Masked Singer’ stage, I could sing without worrying about my clothes for the first time in a while.” 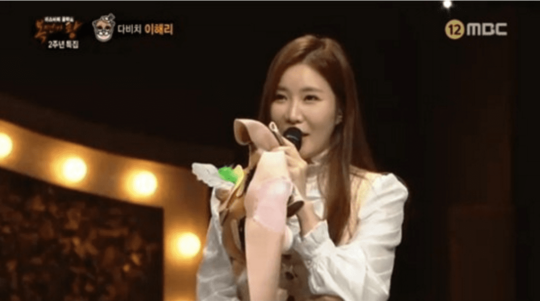 The other half of Davichi, Kang Min Kyung, had previously appeared on the show. Lee Hae Ri said, “When she first went on the show, she tried to persuade me into going too, saying that the mask was worth wearing. But when I did decide to go on the show, she told me to do well or die trying. So it’s a relief that at least I won.” 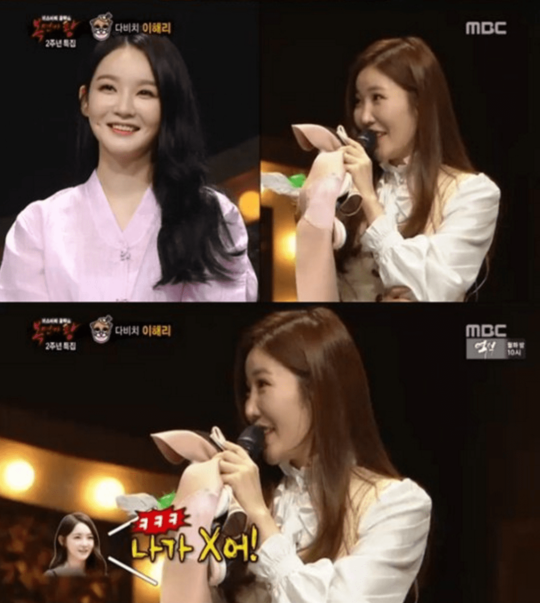 Yoo Young Suk complimented Lee Hae Ri on her performances, saying, “Ballad singers put a lot of emotion into their expression. It’s amazing that you moved people to great emotion even wearing a mask. You have the power to put all the sweetness, bitterness, sourness, and saltiness of music into one song.”

Davichi
Lee Hae Ri
The King of Mask Singer
How does this article make you feel?