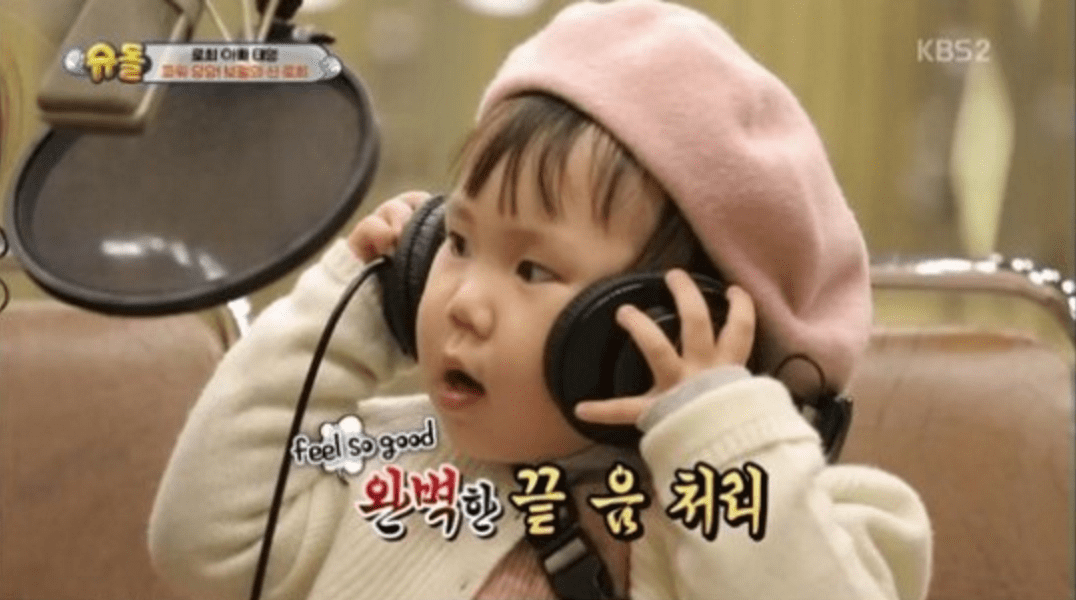 Rohee Follows Her Mother’s Footsteps Into The Recording Studio With S.E.S.’s Bada

On the April 9 episode of KBS’s “The Return of Superman,” Ki Tae Young and Rohee meet up with Eugene’s former S.E.S. groupmate, Bada.

During the episode, Bada contacted Ki Tae Young about Rohee’s birthday present and the father-daughter duo went to Bada’s recording studio to receive the gift.

While Rohee was happy with her present, Bada suggested, “Why don’t we record Rohee’s voice? We can make her first album.” 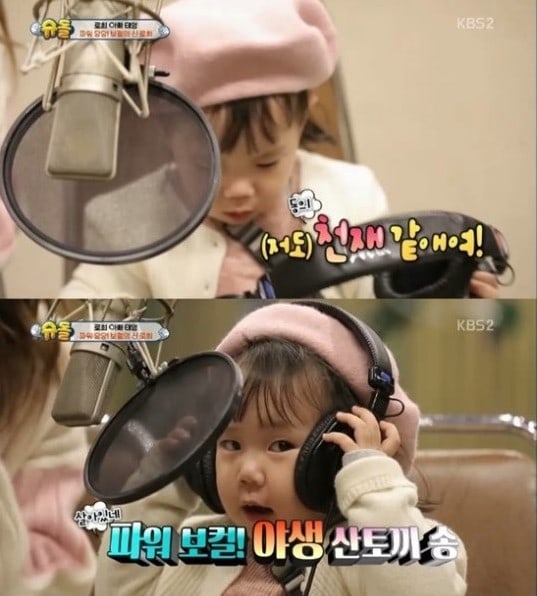 Rohee’s first recording was a song she likes to sing on a regular basis – S.E.S.’s “Oh My Love.” From the first verse she hit the right notes and her clear tone took Bada by surprise, who told Ki Tae Young, “I think she’s a genius.” Rohee agreed, repeating after her, “Genius.”

The second song Rohee recorded was the classic Korean children’s song “Mountain Rabbit.” The third song was S.E.S.’s “Paradise,” during which Bada joined Rohee as her backup dancer.

Catch the latest episode of “The Return of Superman,” starting with Rohee’s performance, below!

The Return of Superman
Rohee
Bada
Ki Tae Young
S.E.S.
How does this article make you feel?