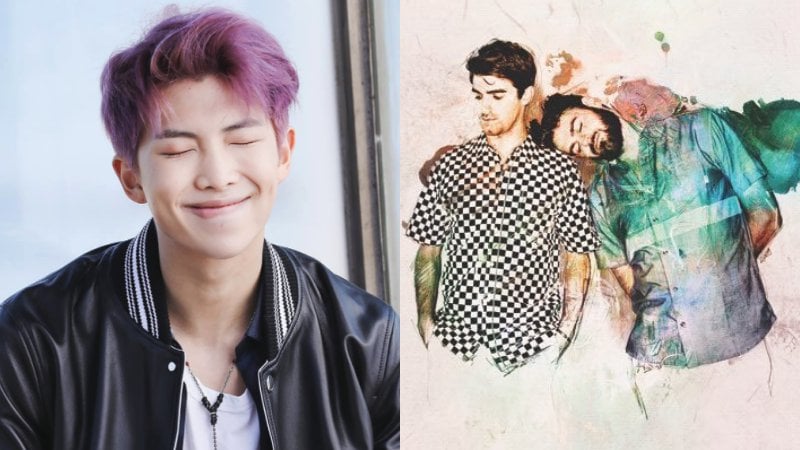 Could this be the beginning of another beautiful collaboration?

On April 10, BTS’s Rap Monster tweeted a screenshot from his phone revealing the latest music he’s been personally enjoying. The photo revealed he was listening to “Young” by The Chainsmokers. Along with the photo he wrote, “Their album has been released. #RMusic.”

It looks like The Chainsmokers noticed as they replied, “wow thank you!!!”

The Chainsmokers is an American DJ/producer duo consisting of Andrew Taggart and Alex Pall. They recently released their debut studio album “Memories…Do Not Open.”

Would you like to see BTS and The Chainsmokers collab in the future?

BTS
Rap Monster
The Chainsmokers
How does this article make you feel?