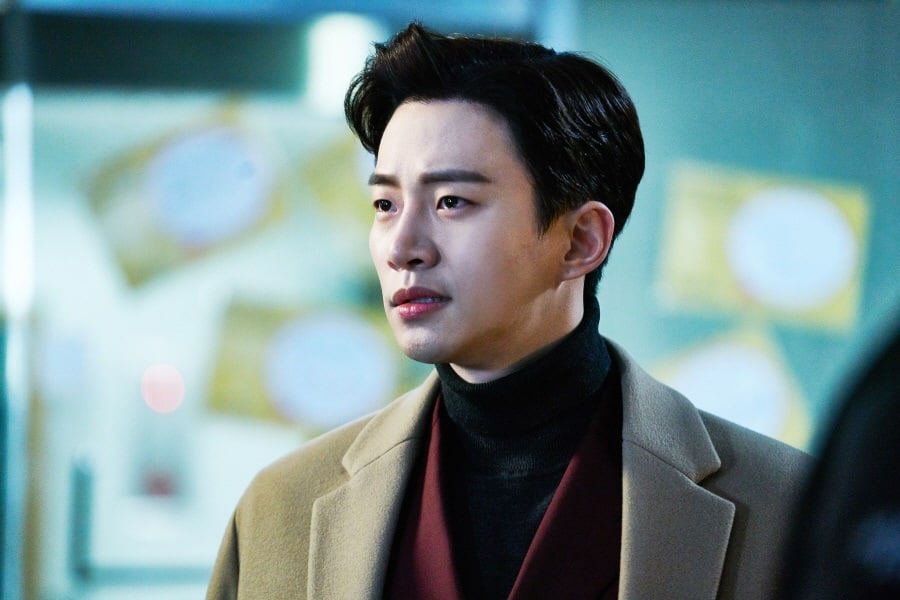 2PM’s Junho recently finished his drama “Chief Kim” and was praised for playing an antagonist, despite it being his first time. During a recent interview, the singer-turned-actor sat down for an interview and reflected on his own acting career.

Junho explained that he mainly wanted to play the evil character to widen his acting spectrum. He said, “I hate being shy. If I am not confident of my own acting, I would never be able to show it to the public. I wanted to widen my acting spectrum by playing an antagonist and I wanted to do it sincerely. Looking back at it, I think I somewhat reached the goal that I was aiming for before filming.”

The star revealed that he did feel bad about doing such actions towards his co-stars. Junho commented, “I did apologize before filming, but I was afraid to be so rude towards my seniors. However, it would disrupt the flow of acting if I seemed hesitant so I gave it my best when the camera rolled. Later, my seniors told me to go easy on them when the camera was not directly on us.”

Junho also added that he learned many things just by working with Namgoong Min. Through him, Junho said that he was able to realize what it takes to star as the main character, and that it wasn’t an easy place to be in.

Even though his acting career is blooming, Junho firmly stated, “2PM is where my roots are.” He continued, “I was very lucky to have starred in a few movies and dramas every year. I just wanted to faithfully complete tasks that were given to me outside of my singing career.”