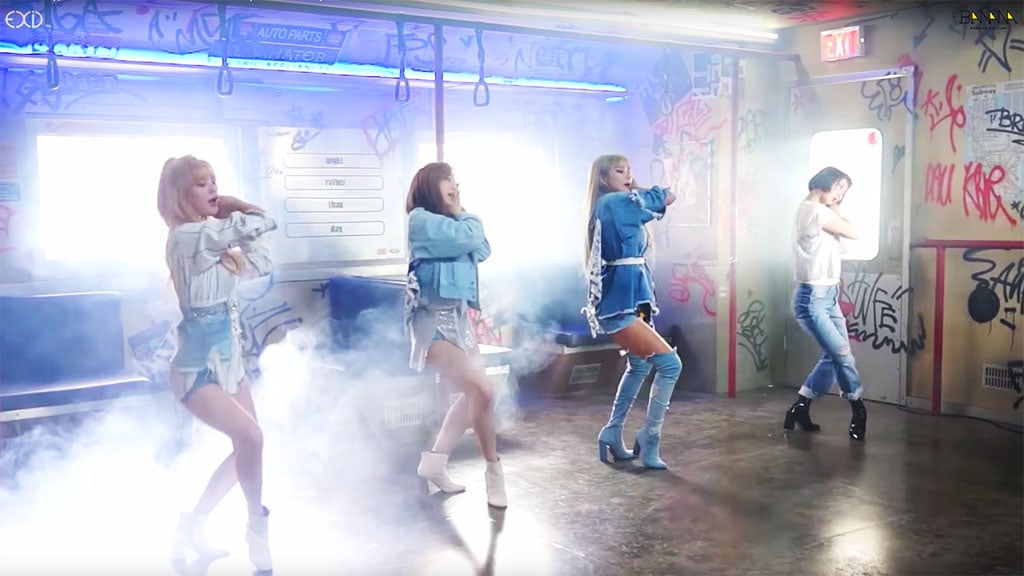 Watch: EXID Members Show Off Their Silly Sides On Set For “Night Rather Than Day” MV

EXID recently made their comeback with their new album “Eclipse” and released the MV for their title track “Night Rather Than Day” a few days ago.

Today, EXID released a video that gives their fans a behind-the-scenes peek at the happenings on the set of their MV. In the video, fans can see a professional side of the group as well as a silly side, as the members joke around with one another and create a bright atmosphere for the shoot. At the end, the group reveals that member Solji, who is currently on hiatus to focus on her health after being diagnosed with hyperthyroidism, visited the set of their MV to show her support and brought pizza for the members to eat.