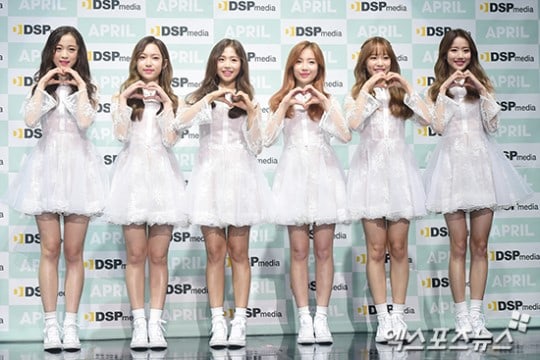 APRIL To Make A Comeback In May

APRIL has confirmed their comeback in May!

Previously, they were reported to make a comeback in April but it has been revealed that they will make their return once they are done filming their reality show in April.

The group has confirmed their next title track as well as their concept and are making comeback preparations. A source from DSP stated, “We cannot reveal a specific date at this stage, but we have mid-May as our goal.”

APRIL is currently filming their reality show “A-IF-RIL” through Mnet. It started airing on April 4 and will continue until the first week of May.

What kind of concept would you like to see for their next comeback?

APRIL
XPN
How does this article make you feel?