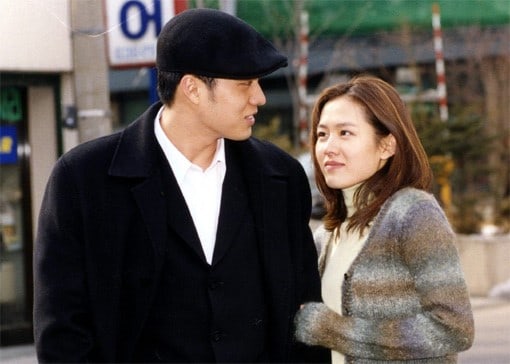 Top actors So Ji Sub and Son Ye Jin might be starring in a romantic movie together!

It has been reported that the two actors are in talks for an upcoming film called “I’m on My Way to Meet You” (tentative title). The movie is based on a successful Japanese novel.

On April 13, So Ji Sub’s agency 51K stated, “He did receive a casting offer, but he is currently looking it over. Nothing has been confirmed yet.”

Previously, the two actors filmed the drama “Delicious Proposal” back in 2001. If they do accept the offers for “I’m on My Way to Meet You,” they would be reuniting after 16 years!

So Ji Sub
Son Ye Jin
How does this article make you feel?