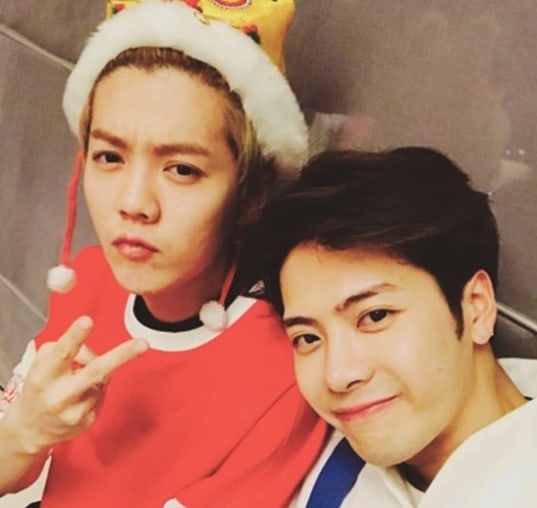 GOT7’s Jackson To Appear On Chinese Version Of “Running Man”

GOT7’s Jackson will be appearing as a guest on “Hurry Up Brother,” the Chinese version of “Running Man.”

On April 13, a source from JYP Entertainment said, “Jackson has finished filming for the Chinese version of ‘Running Man.’ The broadcast date has not been determined yet.”

Jackson also posted photos taken with “Hurry Up Brother” cast members on his personal Instagram account and wrote, “It’s been a long time since I meet my brothers, thank you so much for taking care of me and I had a great time.”

“Hurry Up Brother” has been airing since 2014 and is a popular variety show in China. The current fifth season of the show will air its first episode of the season on April 17.

GOT7’s Jackson continues to be a popular variety star in Korea and China. He is currently continuing his MC position on the Chinese version of “Please Take Care of My Refrigerator.”

GOT7
Jackson
Hurry Up Brother
How does this article make you feel?