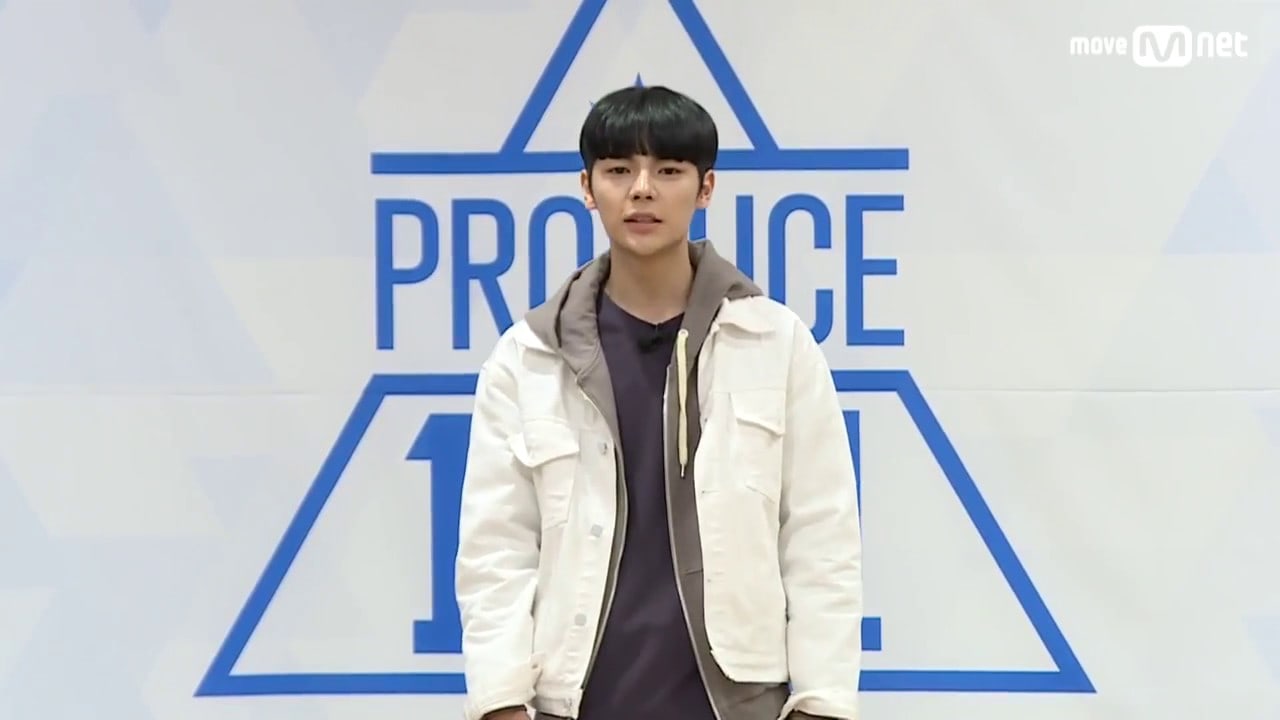 A Facebook post from last October about “Produce 101 Season 2” contestant Yoon Yong Bin was posted on an internet forum on April 12 and is sweeping Yoon Yong Bin up in rumors about his past.

The original post reads, “Someone who used to bully me in elementary school is going to appear on ‘Produce 101.’ Please take time to read this,” and was accompanied by a class photo of the individual who wrote the post with Yoon Yong Bin. The individual also stated that Yoon Yong Bin, who went to the same hakwon (classes taken outside of school) as her older brother, made fun of her older brother for being disabled. The netizen also claimed that she became introverted and was unable to function socially because of the Yoon Yong Bin’s bullying. 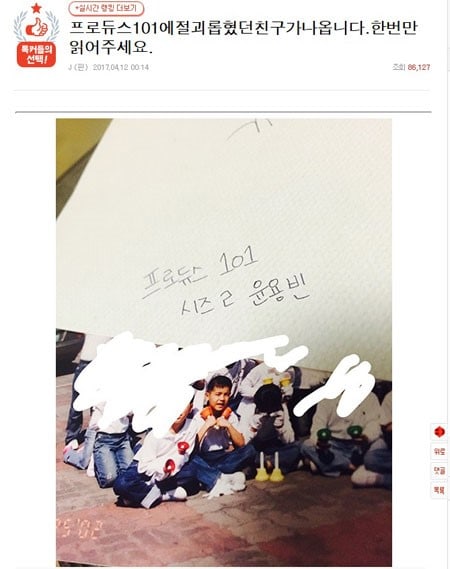 Yoon Yong Bin’s management agency stated, “We have checked with Yoon Yong Bin and he denies that there were ever any incidents like this. Unfounded rumors like this could ruin a small company like ours and we are dumbfounded by this individual’s actions.” The agency also initially stated that they would be taking legal action against the netizen.

A friend of Yoon Yong Bin refuted the bullying rumors on the Internet and stated, “Yoon Yong Bin is one of the nicest and well-mannered people I know.” Statements supporting this also surfaced on the Internet to prove that the rumors were indeed just malicious rumors. Since these statements have surfaced, the original post has been deleted and Yoon Yong Bin’s agency stated that they would no longer be pursuing legal action against the individual as the truth had been revealed.

Produce 101 Season 2
Yoon Yong Bin
How does this article make you feel?