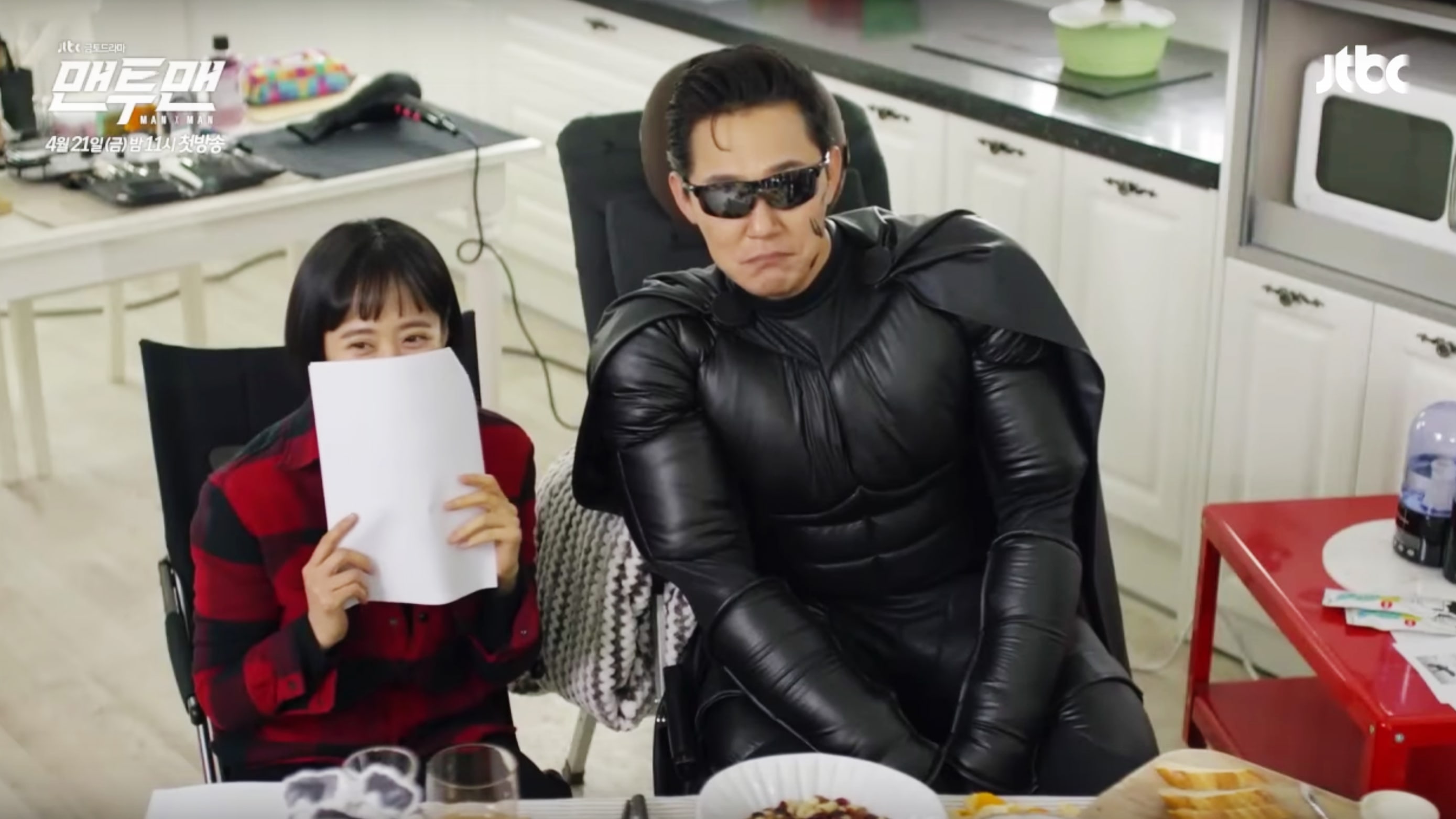 With the broadcast date for the first episode of JTBC’s “Man To Man” quickly approaching, JTBC has released a new trailer for their upcoming drama. Viewers can anticipate that the drama will definitely have its fair share of unexpectedly silly and quirky moments, as the trailer reveals more about the drama’s characters and their relationships to one another.

The trailer starts off like it’s an intense action thriller but the facade is quickly broken by Kim Min Jung’s character’s bubbly voice, congratulating Park Hae Jin’s character on passing the job interview. This sets the tone for the rest of the trailer, which is an unusual mix between romance, comedy, and action thriller. It’s clear that Park Hae Jin’s character has ulterior motives for becoming Park Sung Woong’s character’s bodyguard; however, the objective of his mission is still hazy at this point and viewers will have to watch the drama to find out more.

The trailer has no shortage of bromance between Park Sung Woong and Park Hae Jin’s characters, which has been teased in the past through a previous trailer. Plus, viewers also get a peek of a possible love-line between Park Hae Jin and Kim Min Jung’s characters towards the end of the video.

Meanwhile, “Man to Man” will begin airing after JTBC’s popular drama “Strong Woman Do Bong Soon” ends its run this weekend. Plus, it was announced earlier this month that “Man to Man” will be the first Korean drama to ever be broadcast internationally in real time on Netflix.