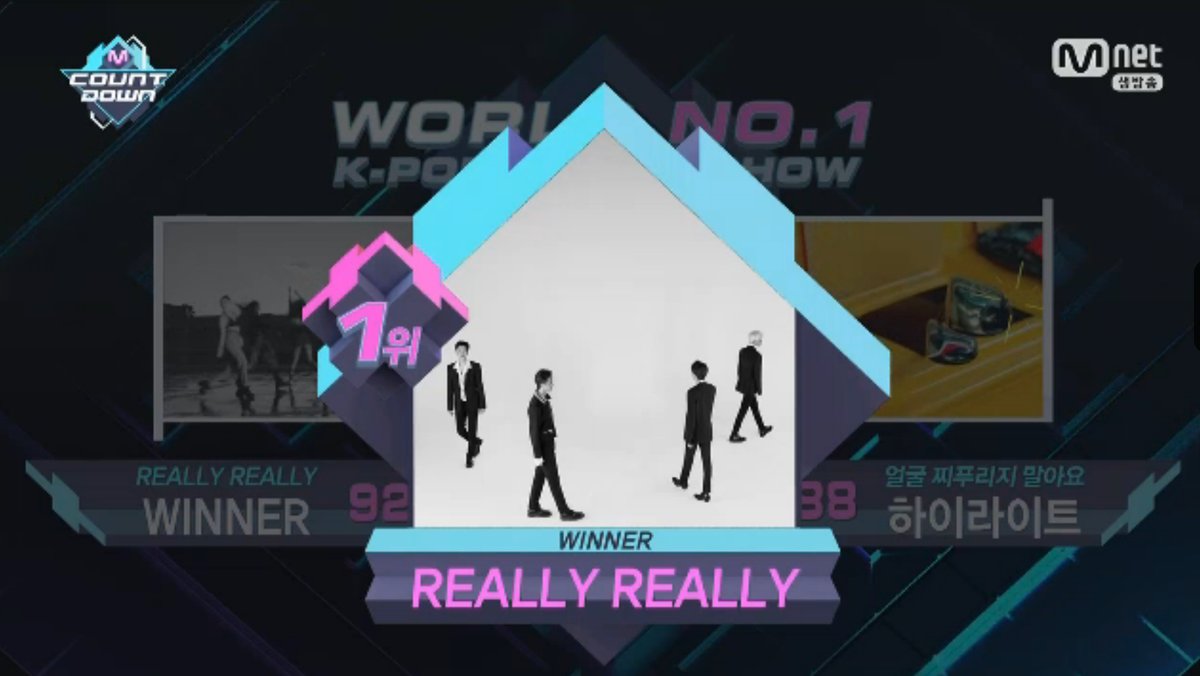 The April 13 episode of “M!Countdown” featured great performances, new comebacks and debuts, and the stepping down of longtime MC SHINee’s Key.

WINNER’s “Really Really” and Highlight’s “Plz Don’t Be Sad” were both up for first place this week, despite both groups being absent from the show. WINNER overtook Highlight with a score of 9216 versus 7888 to take their first win with “Really Really.”

SHINee’s Key also held a mini-fanmeeting hosted by CNBLUE’s Lee Jung Shin, another longtime MC of “M!Countdown,” to commemorate his stepping down from the show. The two of them also took a picture backstage with a goodbye cake.

EXID – “Night Rather Than Day”