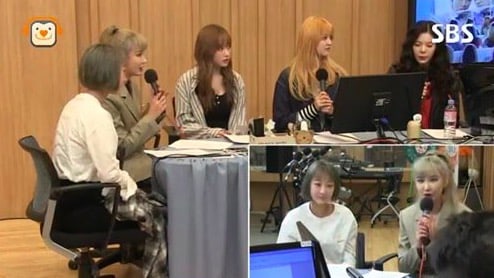 EXID appeared as guests along with Jang Jae In. Jang Jae In said, “It’s my first time seeing the EXID members.” “However,” she said, “I saw Hani’s ‘onion gif’ a bunch of times though.”

Hani began, “At the time, I was making seaweed soup for LE’s birthday, and it happened while I was chopping an onion.” She then explained, “I didn’t know the onion was so slippery. I almost cut myself and I was so shocked that the pose just came out.”