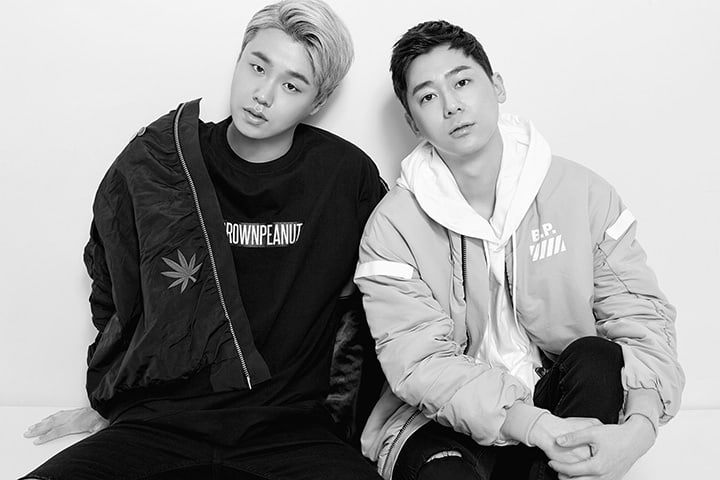 Meet Nick & Sammy: Ready To Shake Up K-Pop With Their Debut + An Awesome K-Pop Challenge

Hey Soompiers! Today we’re here with something special and two super unique musicians. Nick & Sammy have been in the business of giving our favorite songs their own special twist for two years — taking familiar melodies and re-creating them from scratch with some perfect English lyrics to match. With both Nick & Sammy playing the instruments, rewriting the lyrics, and performing the song, it’s obvious that they are a superstar duo.

To really test their skills, we’ve partnered with them to challenge them to cover a song picked by Soompiers. We held a live poll to pick the song, and you all picked K.A.R.D’s “Don’t Recall.” Stay tuned for their epic cover coming next week — but first meet the guys behind the music!

Can you introduce yourselves to the Soompi audience?

Sammy: Hello Soompi! We are Nick and Sammy! We are singer songwriters based in Seoul, South Korea. Nick is originally from Austin, Texas and I am from Adelaide, Australia! It’s a big deal for us being interviewed by Soompi especially since we grew up looking for our K-pop news on Soompi!

Nick: We were both in Korea separately pursuing our dreams of music. We were actually, at one point in time, both ‘trainees’ in different companies. However, after realizing that it wasn’t really for us, we both left our companies and started to write songs for different artists in the K-pop industry. We were then introduced to each other by the legendary producer Kim Hyung Suk. After meeting each other and hearing each other’s stories and music, we just felt like it was right to work with each other. It was kind of an unexplainable feeling, but it just felt like the right move. 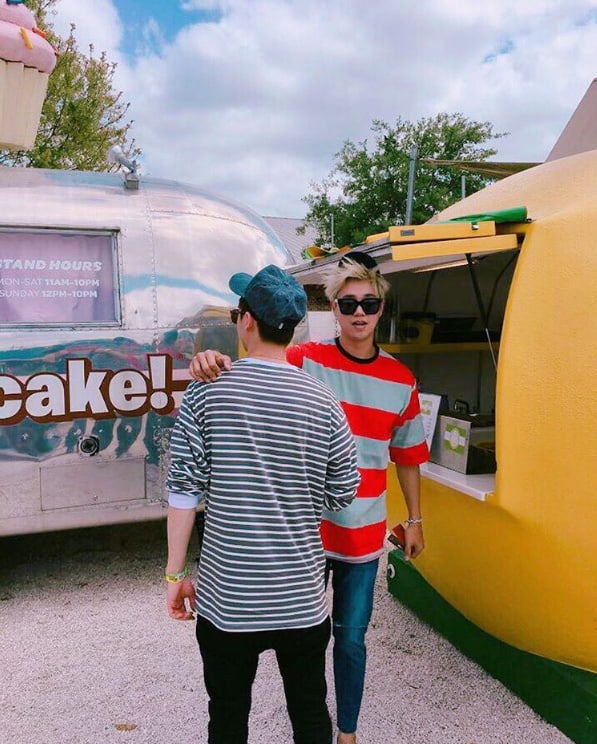 Sammy: The interesting thing about us is that our styles are very different, which in turn complement each other, creating a very unique sound. Nick comes from a band influenced background. He played with various bands in his hometown and is a multi instrumentalist with influences around the band culture in genres like rock, punk, funk, and so on. I, on the other hand, being a dancer since I was very young, grew up around the club scene, so my musical influences would come from genres such as Hip hop, RnB, and EDM music. If I had to choose three artist thats greatly influenced my sound since I was young, they would be: Ne-yo, Kanye West, and TEDDY (from 1TYM).
Nick: I would have to say the Beatles, the Beach Goys, and the Rocket Summer.

Do you have a favorite K-pop group /idol or K-drama? Who/what turns you into total fanboys?

Sammy: I grew up loving BIGBANG and 2NE1, basically anything YG! I think they are so dope and unique. As I said before, TEDDY from 1TYM is a huge inspiration for me, and this was more because he produced and masterminded a lot of their music. Drama-wise, I’m a die hard Shin Min Ah fan. She is so gorgeous. I fell in love with her watching her in the drama, I think it was called the nine tailed fox? or something? That was so awesome.
Nick: I really liked the drama “My Girlfriend Is a Gumiho” too! In terms of music, I really think IU is so cool! I love her music style because I think its different than any of the other female artists in Korea. 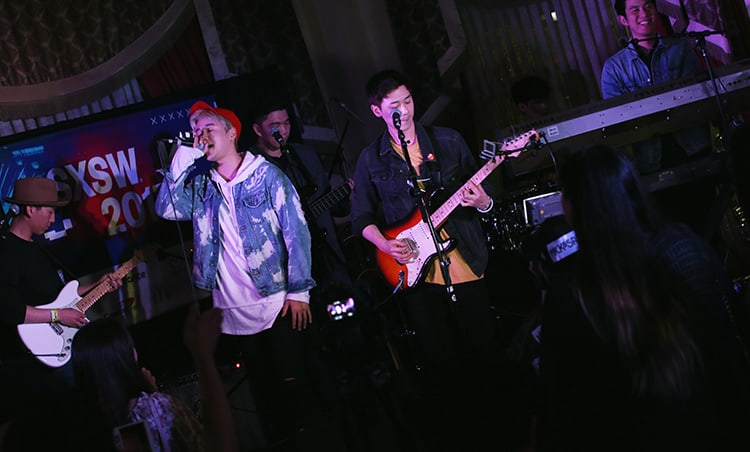 What are some things you love, besides music?

Sammy: We really love to cook and eat. So we love food! It’s something that we have come to enjoy after being away from home for so long. Nick and I, we have little ‘Iron Chef’ tournaments in our little kitchen to see who can cook the best food with what little ingredients we have. We can come up with some creative stuff and it doesn’t taste that bad either. We also love to explore and try different restaurants. We have probably eaten almost everything you can in Seoul!
Nick: We also love to be creative and make things even outside of music. Photography, videography, and design have become big interests in our lives, especially because it can directly affect our music.

What are some things that make you unique in the Korean music scene?

Sammy: We definitely have a unique sound that is formed through mashing up many different genres together, so it’s not really your typical K-pop music. We also do everything ourselves from writing, to playing the instruments, recording and mixing. We were both producers before becoming artists and our music is a direct reflection of our life and our experiences, so it definitely is unique not just in the Korean music scene, but among music from around the world.

What has been your favorite song to re-mix/re-make?

Nick: Out of all the covers, our “D (Half Moon)” cover by Dean was our favorite one to do because of its simplicity and rawness. The K.A.R.D “Don’t Recall” cover was really fun too!

What are your plans for 2017? What can we expect to see from you both this year?

Sammy: We will be officially debuting in Korea this year! Our music right now is all in English. However, we will be releasing both Korean and English versions of our songs. We plan to travel the world and showcase our music, and we will always be creating new music so look out for us in 2017! 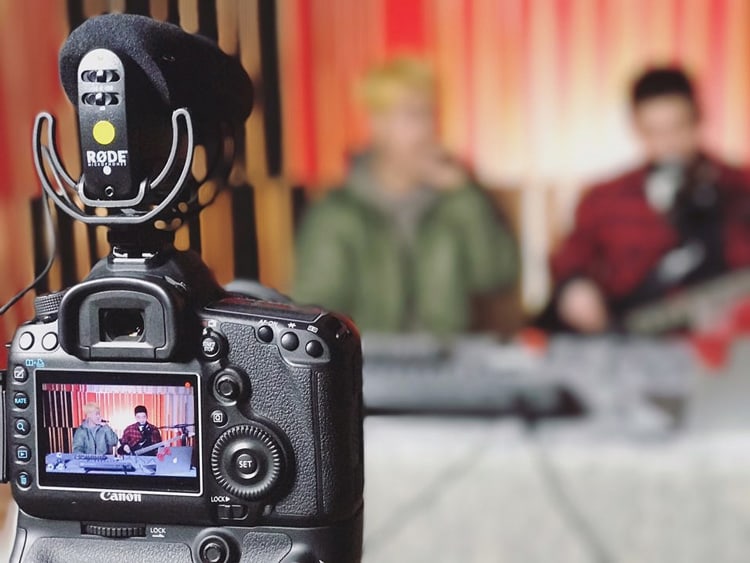 Name one good and one bad trait about your teammate that only you know.

Sammy: Nick is definitely the most kind-hearted person I have ever met in my life! He sacrifices a lot for the well-being of others. However, living with him, I’ve realized that he never ever does the dishes!
Nick: Sammy is a very giving person who loves people and is a very social, outgoing person. However, sometimes he gets a bit too lazy and likes to leave our projects to wait until the last minute.

Did you have any other group names in consideration before “Nick&Sammy” ?

Sammy: No, we have always loved just going by our names. It really defines us and our music because we always just try to do us. It also helps to keep us grounded, reminding us of who we really were before everything started!

Do you have any plans for the upcoming performance?

Sammy: We are going to perform live in various clubs. Check out the performance information on our Facebook page.

And specially for you Soompiers, keep your eyes out for Nick & Sammy’s new cover — that you chose! We held a Facebook live poll a few weeks ago to pick your current favorite jam and we challenged the duo to re-create it. Get psyched for K.A.R.D’s “Don’t Recall” like you’ve never heard it before!

Soompi Spotlight
Nick &amp; Sammy
nick
How does this article make you feel?