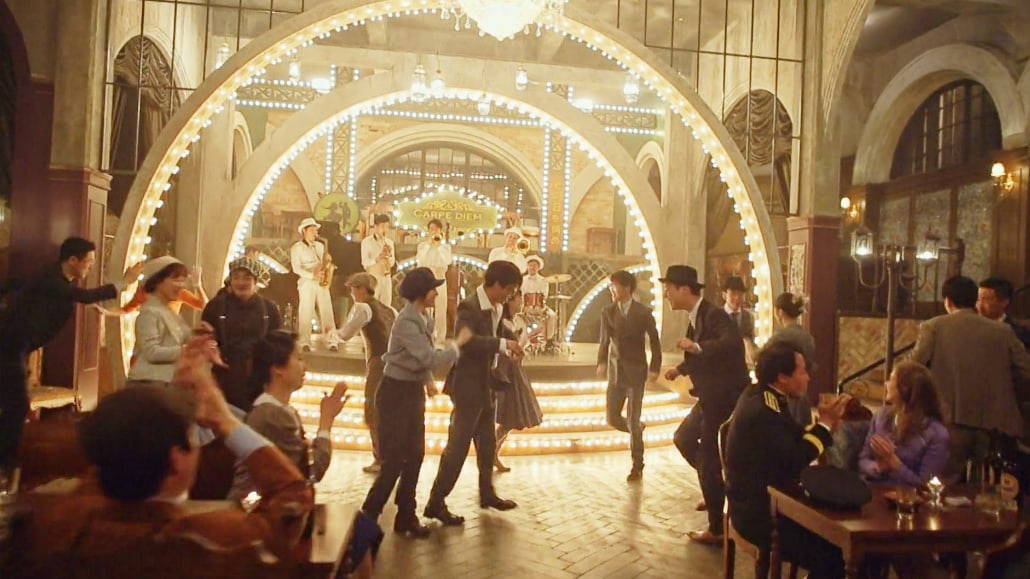 tvN has released a new behind-the-scenes video from the set of their new Friday-Saturday drama “Chicago Typewriter” and viewers will be able to appreciate the actors’ interesting dance moves from one of the scenes of a recent episode.

The video starts out with clips of Im Soo Jung filming scenes that show her doing some physical training, as her character has a tough and athletic side that comes in handy in a variety of situations. The actress’s cheerful disposition and laughter keep the set atmosphere bright while she’s on set, which can be seen not only in the training scenes but in another scene with the two male leads, Go Kyung Pyo and Yoo Ah In.

The scene with the two male leads is one that was filmed on the 1930s era set and was a scene in which the three dance together to swing music. Viewers will be able to see the actors’ working up a sweat while swinging to the beat but also clearly having the time of their lives.

Meanwhile, check out our first impressions of “Chicago Typewriter” and the latest stills from the drama.

Watch the fun behind-the-scene video below!