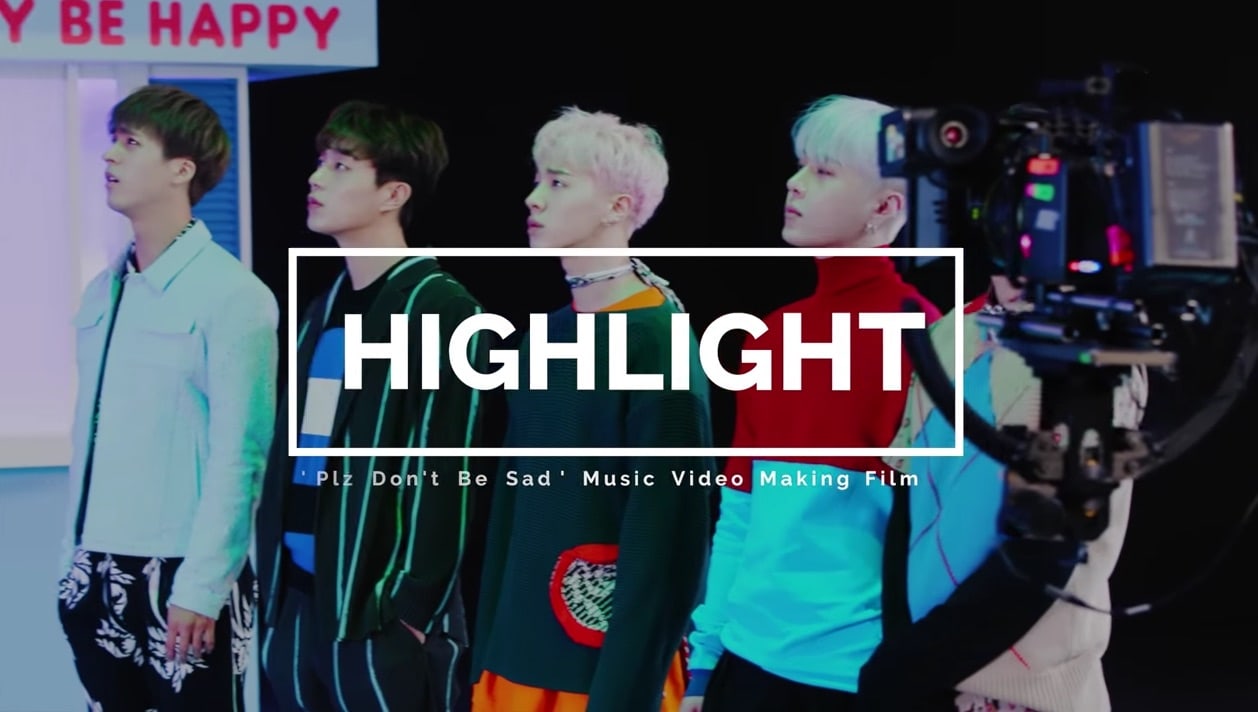 Highlight is back with a behind-the-scenes look at the filming of their music video for “Plz Don’t Be Sad.”

Highlight’s YouTube channel uploaded the making film of “Plz Don’t Be Sad” on April 14, showing the members having fun and joking around as they filmed their music video.

The members take turns explaining their individual scenes, from Yang Yoseob revealing that it was his idea to be snacking during his scene to Yong Junhyung saying that his scene sprouted from him and his stylist discovering a yellow golf ball with a smiley face on it.

After he’s done filming, Yoon Doo Joon shows off the polaroids he took to proudly show how active and energetic his movements were. Lee Gi Kwang laughs at himself as he gets into character and proclaims how he’s always taking notes when he’s actually just doodling. Son Dongwoon confidently says how him wearing odd-shaped magnifying glasses looks just as cool as when Rain wears sunglasses, before showing off his dancing skills by using a trophy as quite the interesting prop.

Check out the video to receive happy vibes from Highlight!