Ryu Soo Young has shared some beautiful wedding photos that he and Park Ha Sun took themselves, as well as the story of how he fell in love and decided he wanted to marry his wife.

The actor took to Instagram to post the photos with the caption, “#Photos not shown on Happy Together 3 #I took them #And so did my wife #We should really buy official tripod remote controls [instead of knockoffs]” One of the photos shows Ryu Soo Young running towards Park Ha Sun, not realizing that the camera had already gone off and taken a photo of his backside.

On top of discussing the best part of the honeymoon phase, Ryu Soo Young also talked about when he fell in love and when he decided he wanted to marry Park Ha Sun on KBS’s “Happy Together.”

He said, “I appeared in a drama with Park Ha Sun. Back then, we were just two actors in the same industry. The moment I realized I was in love was when I passed by her house by chance. I asked her if she wanted to meet since I was in the area. On the way to the place we’d agreed to meet at, I found my heart racing. That’s when I realized that I liked her.”

With his heart racing, Ryu Soo Young waited for Park Ha Sun to appear at the cafe. The moment she appeared, he could think nothing but, “She’s so pretty.” They parted ways that day with nothing happening, but Ryu Soo Young actually called 10 days later and asked if she’d like to go hiking behind his house. Park Ha Sun agreed, and that’s when Ryu Soo Young began to believe that she might be interested in him as well. 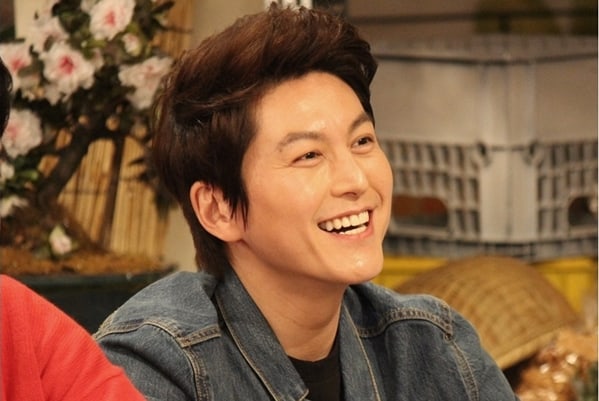 On when he decided he wanted to marry Park Ha Sun, Ryu Soo Young said, “I called her over to a playground because I wanted to kiss her, and I tried to kiss her while on the swings. She pushed me away by my forehead. Her refusal [to kiss me] made me feel a little embarrassed, but it also made me want to marry her.”

His proposal took place during a hike to Namsan together. In the middle of the hike, he got down on one knee and asked her to marry him. He added that Park Ha Sun had tears in her eyes as she accepted.

Check out the full episode of “Happy Together” to catch all the sweet moments that Ryu Soo Young shared!

Happy Together
Park Ha Sun
Ryu Soo Young
How does this article make you feel?