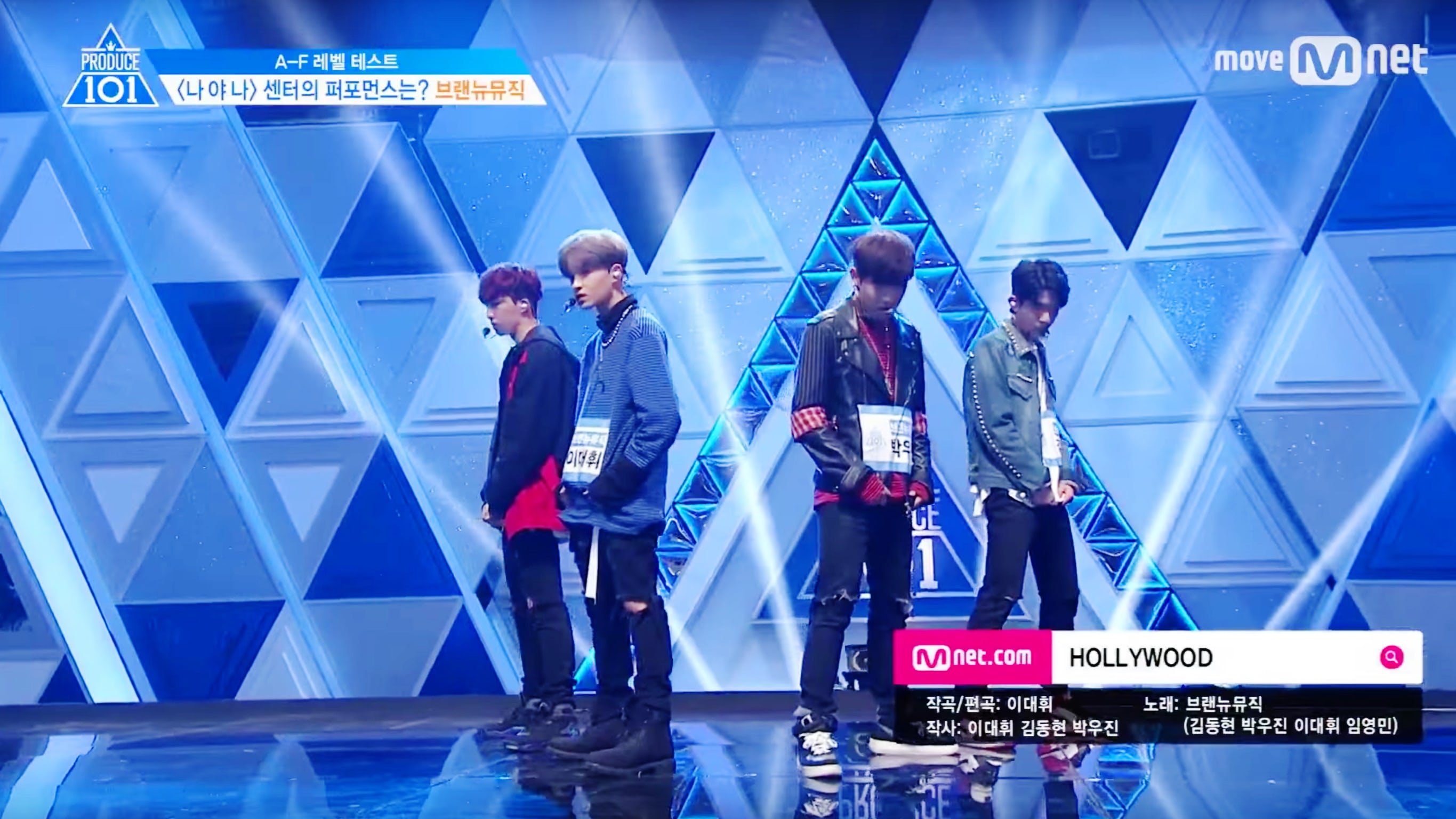 Watch: Second Half Of First Evaluations For “Produce 101 Season 2” And Final Class Rankings

On last week’s episode, viewers saw the first half of the harsh, exacting evaluations, through which many contestants were put in lower ranking classes from the get-go. In the second episode of “Produce 101 Season 2,” the show continued with its first round of evaluations and divided the rest of the 98 contestants into their class rankings.

One of the most notable evaluations of the episode was that of HOTSHOT’s Ha Sungwoon and No Taehyun. Ha Sungwoon drew attention from viewers after receiving messages of support from BTS’s Jimin and VIXX’s Ravi. Their excellent performance of Block B’s track “Very Good” re-energized the tired judges and No Taehyun received even more praise for his freestyle krump dance performance. The other contestants couldn’t help but express their awe and both Ha Sungwoon and No Taehyun were given an A rank, making them the first trainees from the same company to get an all A evaluation.

Many viewers already knew about contestant Lee Dae Hwi even before the show officially began, as he received attention for being the center for their first broadcast performance of “It’s Me (Pick Me)” and was called the “Jeon Somi” of Season 2. Viewers have been anticipating his performance, as they already know that he is in the A rank class.

Rap trainer Cheetah revealed that the Brand New Music trainees had written and produced the song that they performed for evaluations themselves, which impressed the other judges. In particular, Lee Dae Hwi received even more praise as he is not only the youngest but was solely responsible for composing and arranging their song. After their performance, BoA expressed her satisfaction and said, “Wow, it’s good. I think they can all be put in the A rank class.” After some deliberation, Brand New Music’s Lee Dae Hwi and Park Woo Jin were sorted into the A rank class while Im Young Min and Kim Dong Hyun were put into the B rank class.

Another contestant that viewers were looking forward to seeing was Jang Moon Bok, who has been a netizen favorite since before the show even began. Jang Moon Bok first appeared on “Superstar K,” through which he became the punchline of many jokes and received a lot of criticism at a very young age. The contestant said, “Even if I do become a joke this time around, now I have the mindset that I don’t have anything to lose. I wanted to show people a different side of me and I wanted to show the improvements I’ve made.”

After his performance, rap trainer Cheetah said, “He is really bright though,” and BoA said, “You have a lot of potential and I would like you to take this opportunity to cultivate that potential.” After deliberating with the other judges, Jang Moon Bok received an F ranking, despite his determination and passion.

After the evaluations, training began for each of the different ranking classes. The A rank class was the smallest, with a mere 7 contestants: Kim Samuel, Lee Dae Hwi, No Taehyun, Ha Sungwoon, Ong Sungwoo, Park Woojin and Kim Namhyung. Despite the fact that they were deemed the best contestants by the judges, they still had a difficult time with the training.

The situation didn’t improve as the show revealed the training process for lower ranking classes. Dance trainer Kahi couldn’t help but express her frustration at Pledis Entertainment’s trainees for not being able to learn the choreography, despite having debuted in NU’EST six years ago, and told them, “Get it together.”

The tone of the episode improved slightly with the dance practice for the F rank class as dance trainer Kwon Jae Seung provided much welcome advice and help to the trainees and said, “It’s okay if you make a mistake. The most important thing is to muster up as much energy as you can [while dancing].”

At the end of the episode, all the trainees recorded themselves performing “It’s Me (Pick Me)” for their video evaluation, through which some contestants received new class rankings, which will be revealed in the next episode. The preview for next week’s episode of “Produce 101 Season 2” teases the battle for the highly valued center spot as well as a group battle evaluation.