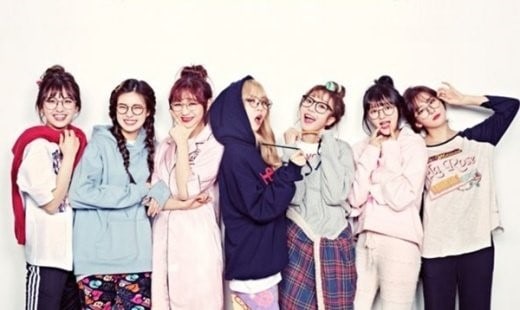 The producing director (PD) of upcoming variety drama “Idol Drama Operation Team” explained how he came up with the idea of girl group members writing and acting in their own dramas for the show.

PD Go Gook Jin sat down for an interview to discuss his new program. When asked why he chose idols to star in the show, he responded, “The music scene is focused on idols these days, and international fans think of idols when they think of K–pop. However, the environment that these idols live in is not always glamorous. Popular idol groups receive the spotlight, but there are also many groups that silently disappear. After noticing these things, I decided to create a program that would allow idols to tell stories [about their experiences and hardships].”

He was then asked why he specifically chose girl group members. “Girl groups tend to be emotionally sensitive yet strong-willed. They would be able to express their true emotions. I’ve also noticed that variety shows these days have a lot more men. I want to show people that girl group members also try their very best to be recognized,” he explained.

He further revealed that the show will focus on sincerity even if it has to give up on fun and comedy.

Idol Drama Operation Team
How does this article make you feel?