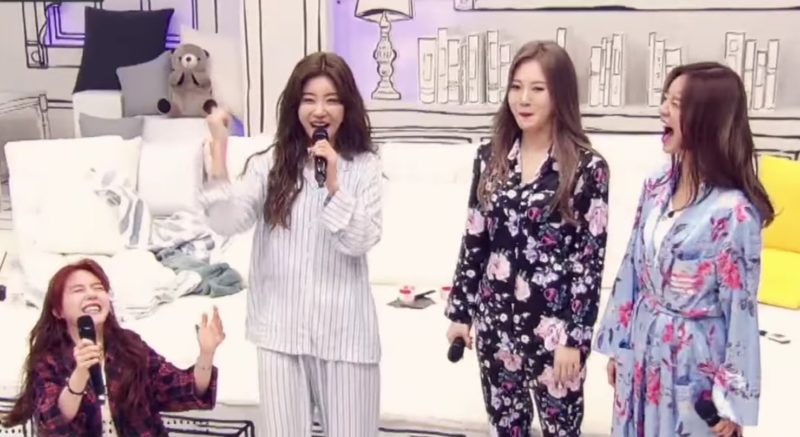 During their appearance on the April 6 episode of “New Yang Nam Show,” Girl’s Day participated in one of the show’s hilarious segments called, Effect Karaoke.

For this segment, a voice effect is added randomly to some microphones. The Girl’s Day members had to finish singing their song with completely straight faces to successfully finish the mission.

Before beginning, MC Yang Se Hyung had each of the girls practice their best poker face, which caused the girls to immediately start smiling. Only Yura was able to maintain a straight face, although she still asked if she could laugh out loud a lot before beginning the segment. 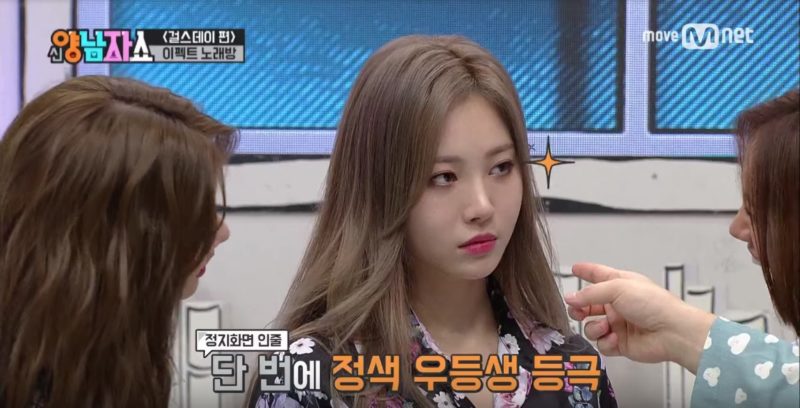 Despite their struggles, when MC Eric Nam asked Girl’s Day if they were confident they could succeed, the girls replied yes—all except for Hyeri. Adorably, she admitted she wasn’t so sure she could keep from smiling. 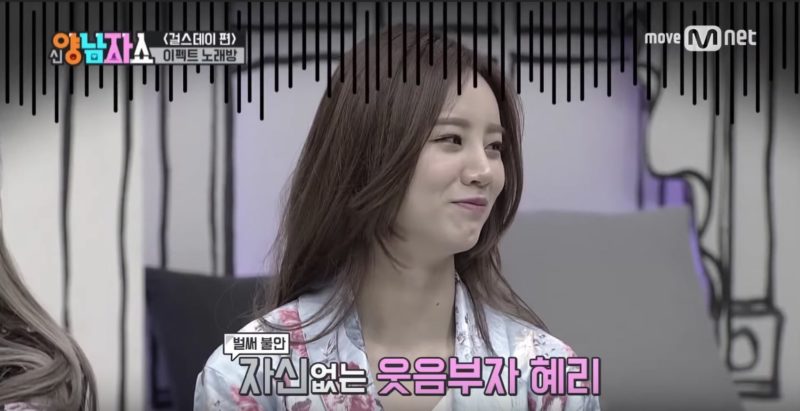 As the introduction for “I’ll Be Yours” began, Yura tried to help her members stay serious by suggesting a scenario for them to imagine. She said, “This is the first performance, first performance! It’s the first performance! It’s super important!” Hyeri was up first, and before her part even started, she broke out into a huge smile. Luckily, it disappeared as she began singing her part, despite the minion/chipmunk effect on her microphone. Minah, however, was in danger of laughing immediately after hearing Hyeri’s changed voice and turned around to try and hide it. 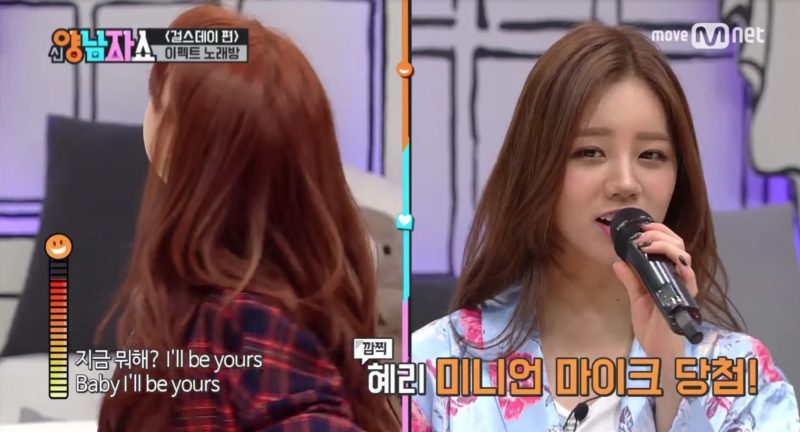 Once Hyeri finished singing, it was Minah’s turn. Three words into her part, she broke out into giggles from her own voice-changing microphone. Sojin gave her a gentle knock on top of the head to focus as the song continued into Sojin’s part. 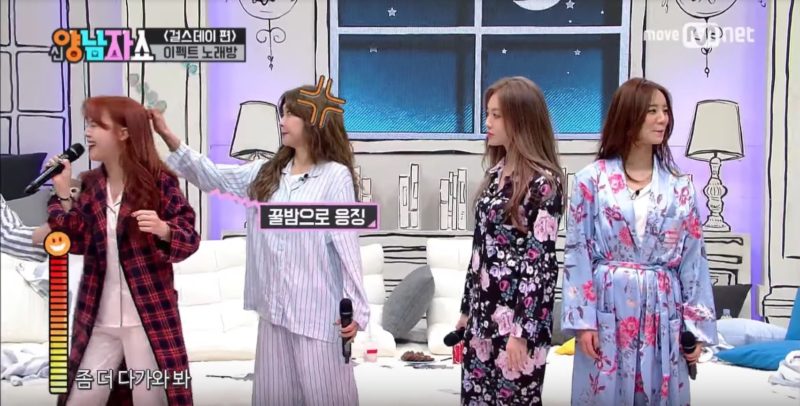 As Sojin sang, however, everyone dissolved into laughter at how the tone-deaf effect on her microphone distorted her voice, including Sojin herself. Hyeri burst into her signature laugh at full-volume, and Minah laughed so hard she fell to her knees. It was Minah’s turn again after Sojin, overcome with giggles, she could not even get the words out. 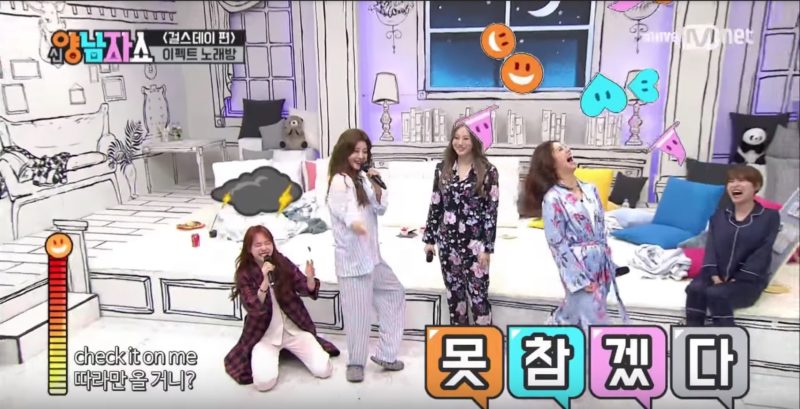 After Sojin sang once more, next up was Yura who lucked out with a normal microphone. Everyone seemed to gather themselves together during Yura’s part, but as Sojin’s turn came back around, the laughter came back full force. Even the MCs couldn’t resist, with MC Jang Do Yeon collapsing in laughter as well.

Finally, Minah’s last part began. This time she seemed determined to hold in her laughter and make it through to the end. As she sang, however, her microphone’s effect on her voice continued to shock her. Host Yang Se Hyung burst out laughing and ultimately Minah fell apart in laughter once again. 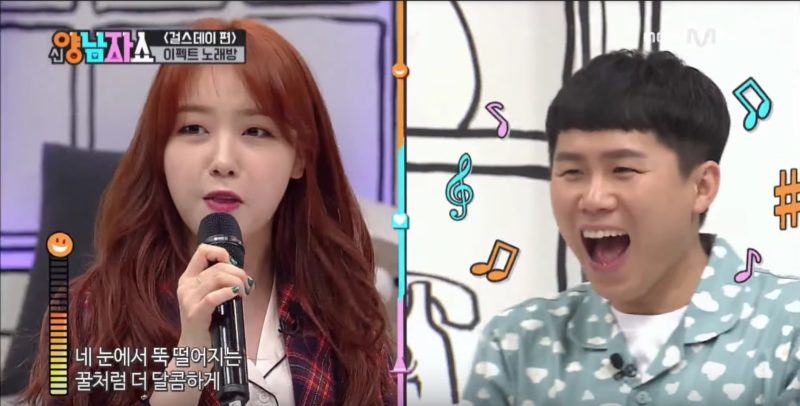 Although Girl’s Day could not contain their laughter in the end, at least they were having a blast!

Check out Girl’s Day being their smiley selves as they play the game below!

Girl's Day
New Yang Nam Show
How does this article make you feel?