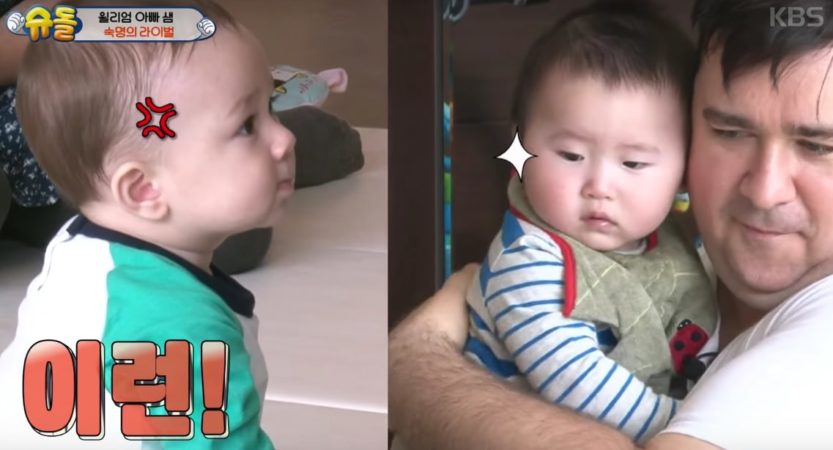 Sam Hammington’s son William melted viewers’ hearts with the way he interacted with another child he had met for the first time.

On the April 16 episode of “The Return of Superman,” Sam Hammington took his son to visit a friend of 10 years. His friend Eva had a son named Noah, who was of the same age as William.

Things got a bit tense between William and Noah as they silently snatched toys away from each other. William eventually gave up, but the competition didn’t stop there. 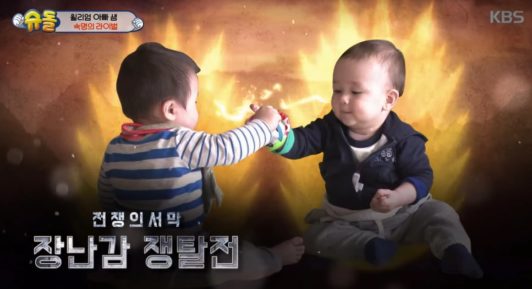 When William saw Sam Hammington hugging Noah, he got jealous and started clinging onto his father. The two children lightly pulled each other away as they fought over Sam Hammington’s attention. 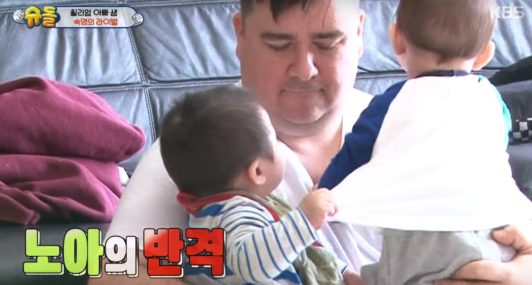 However, things took a turn when Eva brought over some fruit. Noticing that Noah really liked the fruit, William gave him some of the fruit that was in his hands. 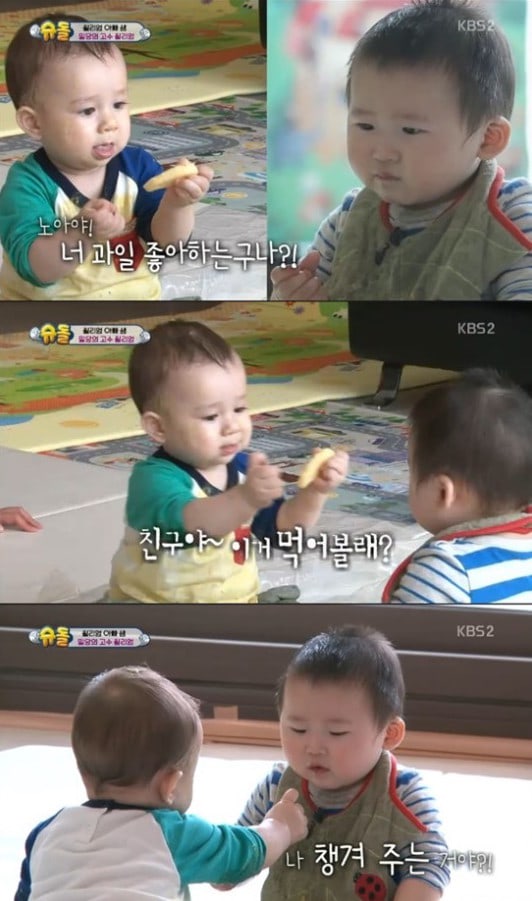 Eva became surprised when she saw William sharing, to which Sam Hammington commented, “He takes after my wife. I never share food.”

You can watch the latest episode of “The Return of Superman” below.

The Return of Superman
Sam Hammington
How does this article make you feel?