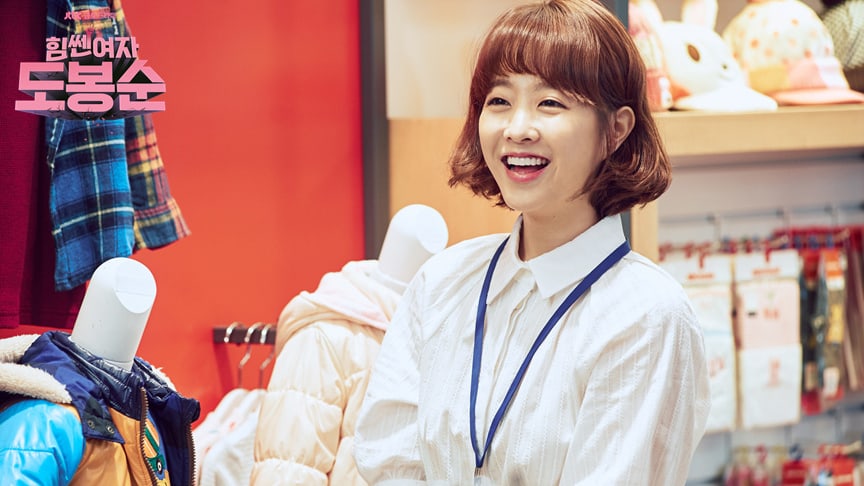 During an interview on April 18, actress Park Bo Young talked about her feelings regarding the completion of JTBC’s “Strong Woman Do Bong Soon,” self-esteem, and why she doesn’t do social media.

The actress said, “It still doesn’t really feel like [the drama] is over. I felt it a little bit when we watched the last episode all together and everyone was clapping and hugging each other afterwards.”

In terms of why she still doesn’t do social media, the actress said, “My fans are always upset because I don’t do projects frequently and because I don’t use social media. So, lately, I’ve been using V Live to interact with my fans. Since V Live is a broadcast, I’m able to think about what I want to say and always try to think about what I should and shouldn’t say on a broadcast.”

She continued, “I’m not as careful as I look, which is why I choose not to do social media. It’s really because I don’t trust myself. I’m also very easily influenced by my feelings and will impulsively act on my emotions, which is another reason why I don’t do social media. Instead, I write in a journal everyday. There are many benefits to writing in a journal. At first, I started writing in a journal to help me prepare for interviews but now I write in it so I don’t forget any precious memories.”

Park Bo Young stated that she was like her character and explained, “I also have a low self-esteem [like Do Bong Soon]. As Do Bong Soon gained confidence in the drama, I felt like I was also gaining confidence at the same time so I really enjoyed it.”

In response to a question about why she has low self-esteem, Park Bo Young replied, “I think it’s something that developed as I continued to work [in this industry]. I am always thinking about how I appear to others and there is a burden that comes with that. Even when I receive compliments, to me they just sound like things people say to be nice to me. So, at the beginning of the year, instead of a resolution like ‘I’ll do this many projects this year,’ I made a resolution to believe in myself more and to love myself more.”

Meanwhile, JTBC’s popular drama “Strong Woman Do Bong Soon” finished strong with impressive ratings and Park Bo Young recently talked about what she would do if she had super strength like Do Bong Soon.