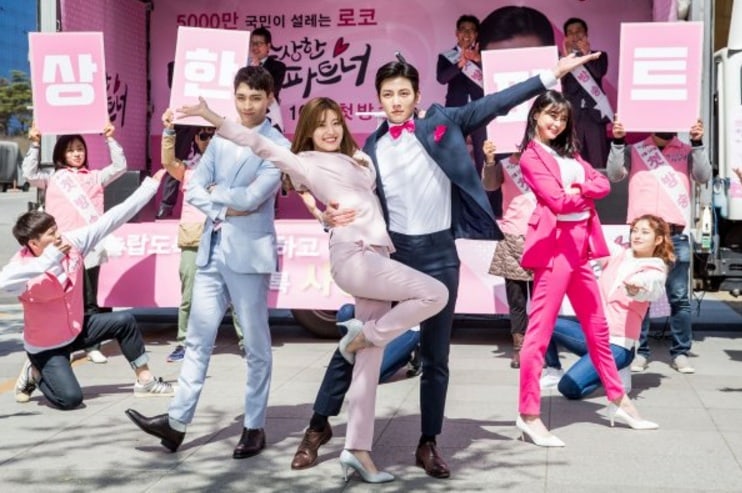 Ji Chang Wook and Nam Ji Hyun have gone out to the streets to promote their new Wednesday-Thursday drama “Suspicious Partner” themselves!

On April 12, the actors of “Suspicious Partner” appeared in the middle of Seoul wearing pink, black, and blue outfits. 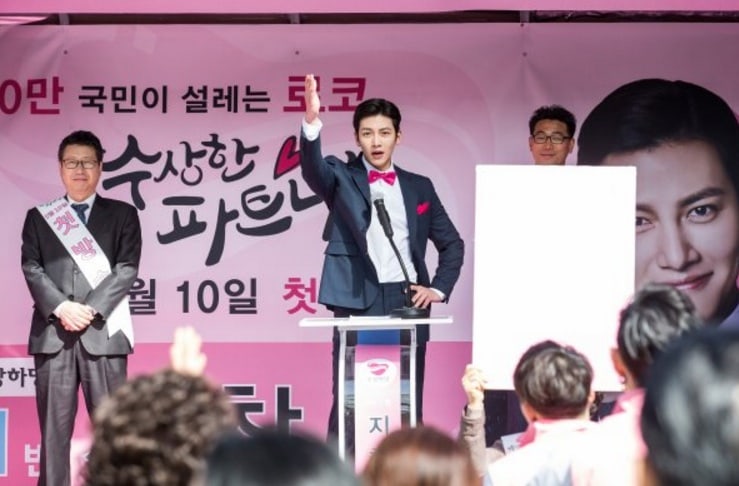 Parodying the upcoming presidential election in Korea, which will be on May 9, Ji Chang Wook gave a speech in front of the public and promoted his new drama, saying, “Your views will change the drama. This romantic comedy, airing on May 10, will make thousands of hearts flutter. The history of Korea will change soon and the new drama ‘Suspicious Partner’ will also begin.” 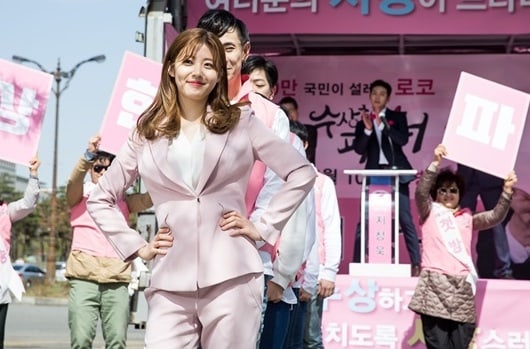 This event went on for over four hours, and passersby were able to take photos and become informed of the new drama.

The staff of the drama stated, “We practiced for hours to film the speech and dance, and it gave us more energy when the people started enjoying it, too. Please stay tuned for a surprising video of this dance performance, which will be released soon.” 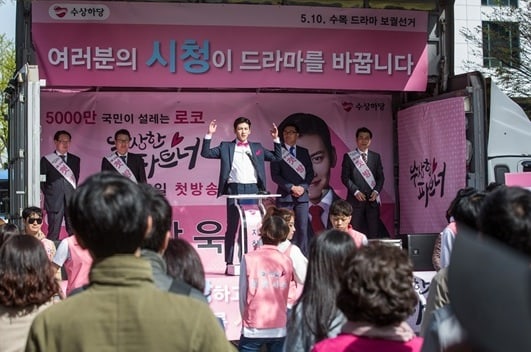 Meanwhile, “Suspicious Partner” is about a prosecutor named No Jin Wook (played by Ji Chang Wook) and an optimistic lawyer named Eun Bong Hee (played by Nam Ji Hyun), who start becoming close as they solve cases together. It will air its first episode on May 10.