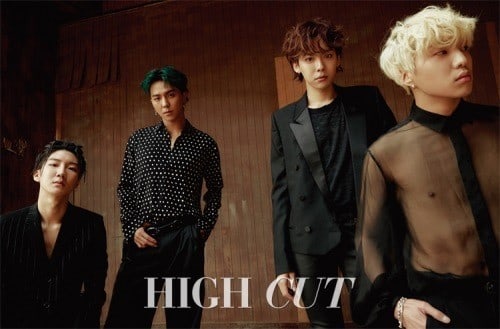 The members of WINNER are cover models for the upcoming edition of style magazine High Cut!

During an interview that took place after their photo shoot, each member got to talk about different topics like ways to relieve stress and Lee Seung Hoon’s unique nickname, Deputy Director Lee. 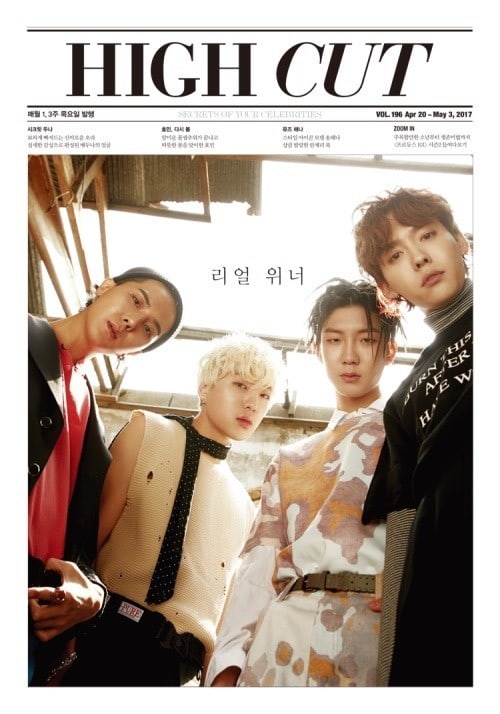 Kang Seung Yoon started off by saying, “Mino and I reform clothing as a hobby. I also relieve stress by taking a walk outside in the sun, but I wear a mask and a hoodie so people won’t recognize me. At night, I wear black clothes to hide myself.”

Moving on to the topic of music, Song Mino revealed, “I created my first piece of music when I was in sixth grade. I went to a friend’s house with two other friends, and we wrote our own lyrics and recorded it on a cassette tape.” As for the song he had the hardest time working on, he chose ‘Shoot’ from “Infinite Challenge,” elaborating, “I found it difficult to say what I wanted while staying within set boundaries.” 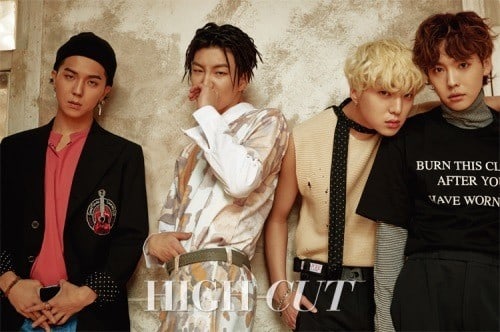 Deputy Director Lee is Lee Seung Hoon’s nickname, and he explained why people refer to him in such a peculiar way. “I like to come up with new ideas, so I spend a lot of time at our company’s office. The employees don’t like seeing me on TV because it feels unnatural to them. They’re like, ‘What is Deputy Director Lee doing over there? He’s usually dressed in shabby clothes.'”

Kim Jinwoo, on the other hand, shared that the best time to listen to their new title song “Really Really” is when you’re getting to know someone you’re interested in, or when you’re just beginning to see someone. “If I had to pick a season for it, I’d say spring. So right now,” he stated. 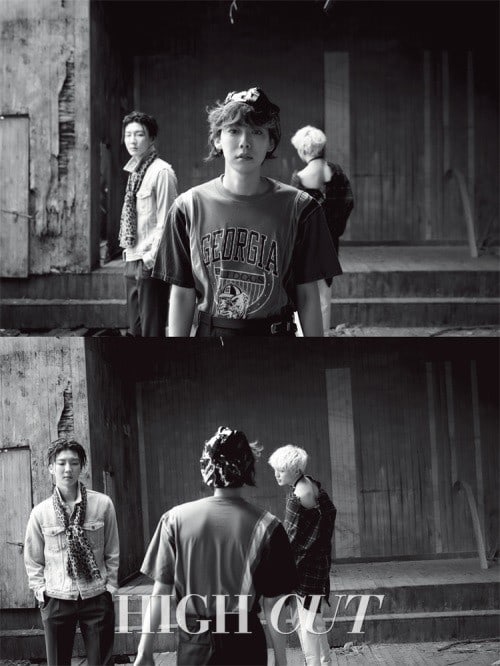 The newest edition of High Cut with WINNER’s full pictorial will be released on April 20.

WINNER
High Cut
How does this article make you feel?