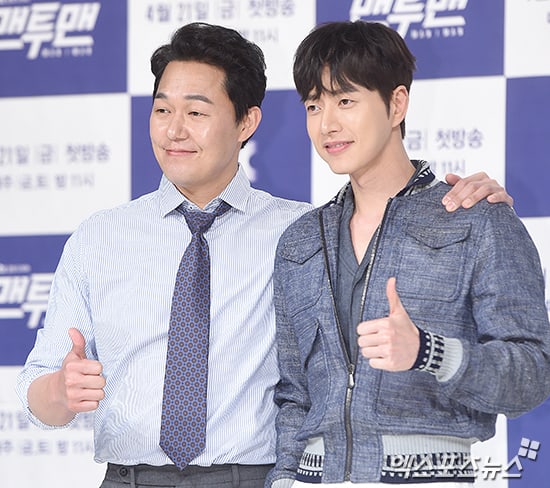 Actor Park Sung Woong shared his thoughts on his character in the upcoming drama “Man to Man.”

During the drama’s press conference on April 18, Park Sung Woong said, “I play a confident yet prickly character this time. This is my first time playing this kind of role, but I think the character has been created well and the viewers will like it.”

“Man to Man” is about secret agents who protect celebrities, and the hidden men that follow these skilled agents. Park Sung Woong will be playing a tough hallyu star named Yeo Woon Kwang.

The actor joked about the cons of playing his character, saying, “This is the first time that a character I play has so many lines. It was difficult to deliver them. It made me resent the writer.”

Lastly, the star promoted the drama saying, “Our drama has sadness, romance, and action. The viewers will be able to watch it comfortably.”

Man to Man
Park Sung Woong
XPN
How does this article make you feel?