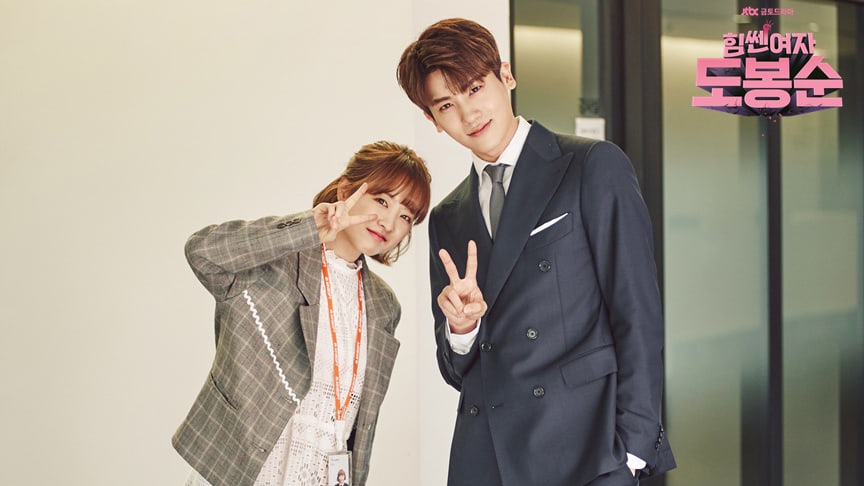 In an interview on April 18, Park Bo Young talked about why she thought “Strong Woman Do Bong Soon” was as popular as it was and revealed which line from the script she changed on set.

The actress said, “For me, the script is the most important part when choosing a new project. The script [for ‘Strong Woman Do Bong Soon’] was fun and [Do Bong Soon] was a type of character that I wanted to take on; however, there were some difficulties at first because the environment at the time was not conducive to me taking on this project. There were many things that I wanted to do but only so many things that I could. At the time, I wondered if I was still too lacking to take on the role.”

Regarding the drama’s popularity, Park Bo Young responded, “I think that we were very lucky. Furthermore, I think that viewers felt a lot of the same things I felt when I first read the script,” and attributed the drama’s success to the vicarious satisfaction that the drama gave to viewers as well as to Park Bo Young.

The actress also revealed that the drama was originally going to be fairly different from how the final drama turned out and said, “Do Bong Soon was actually going to be a much more intense character that wasn’t very pretty [by society’s standards] and was going to use a dialect with a strong country accent; however, when the writer learned that I was interested in the project, she said that she changed the character to match me. But I actually liked the first version of the character much better.”

Park Bo Young also admitted that there were lines that she changed on set because she was too embarrassed to say them out loud. The actress, who actually doesn’t have a lot of aegyo (cuteness) to begin with, confessed that during a sweet scene with Park Hyung Sik, her character was originally meant to call him “sweetheart;” however, she changed it to “Minhyuk-ssi” because she couldn’t bring herself to pull off the cheesy line. The actress said with a laugh, “So I actually apologized to our writer at the wrap party [for changing the line].”

Meanwhile, “Strong Woman Do Bong Soon” recently came to an end with impressive ratings. Plus, Park Bo Young also talked about why she doesn’t use social media and why she has low self-esteem.