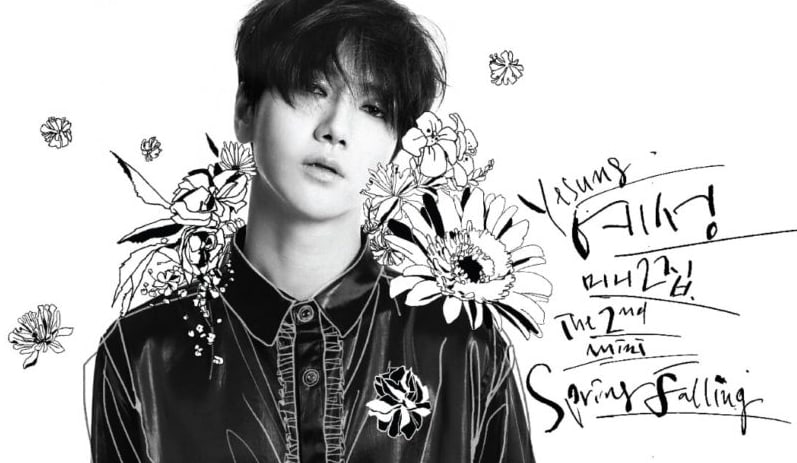 Super Junior’s Yesung guested on MBC FM4U’s “Kim Shin Young’s Hope Song at Noon” on April 18 and shared stories not only about his new solo album, but also about the top five vocalists of SM Entertainment and his relationship with the other Super Junior members.

During a corner in which he had to answer questions with either a “yes” or a “no,” he was asked, “Do you think you’re one of the top five vocalists of SM?” Answering with a “yes,” he half-jokingly explained, “If it’s solely based on vocal skills, yes, since I’m the best in Super Junior. But in terms of album sales, not yet.”

Asked to pick SM’s top five vocalists, Yesung hesitated at first, but ended up naming (in no particular order) SHINee’s Jonghyun, Girls’ Generation’s Taeyeon, EXO-CBX, Red Velvet’s Wendy, and Super Junior’s ballad unit KRY. He added, “It’s disrespectful to even mention singers like BoA, so I didn’t include her. And SHINee’s Taemin is amazing these days too.”

Yesung recently starred in crime mystery drama “Voice” and proved to be an unexpectedly talented actor. Revealing herself to be a fan of the drama, DJ Kim Shin Young said, “I told Shindong that I didn’t know you were such a great actor, and he replied, ‘His acting has improved, but his singing skills have deteriorated considerably.'”

Yesung explained that the members of Super Junior normally spoke to each other in such a harsh way and shared a similar story about Kyuhyun. When Yesung asked Kyuhyun to feature in his new song “At the Time,” Kyuhyun told him, “You made this song to sing on your own, didn’t you? It’s not my type of song, but I’ll help you.”

Meanwhile, Yesung is back with new solo album “Spring Falling.” Check out the music video for his title track, “Paper Umbrella”!