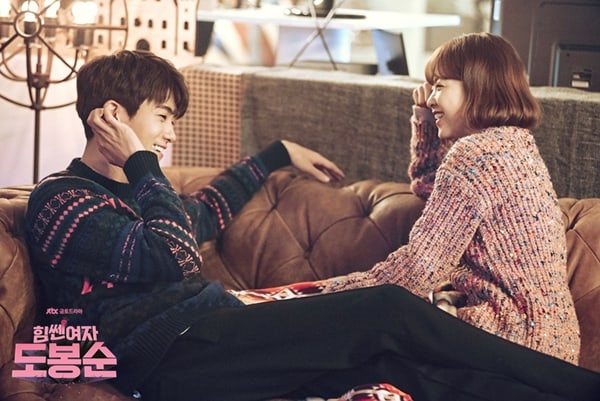 She stated, “Park Hyung Sik actually has more aegyo than I do. Most of the time, it’s usually the actresses who keep the atmosphere on set light and happy, but he was in charge of that this time around.”

Park Bo Young stated that Park Hyung Sik would appear on set, full of energy as he shouted, “Good luck to us all!” She added, “He always jokes around as he says his lines. I’d work off of that and joke around with him as well, and we’d be talking back and forth nonstop.”

The actress revealed, “At first, the staff thought there was something going on between us because we were talking so much. But they then realized that we were actually just practicing our lines together. I had fun working with him.”