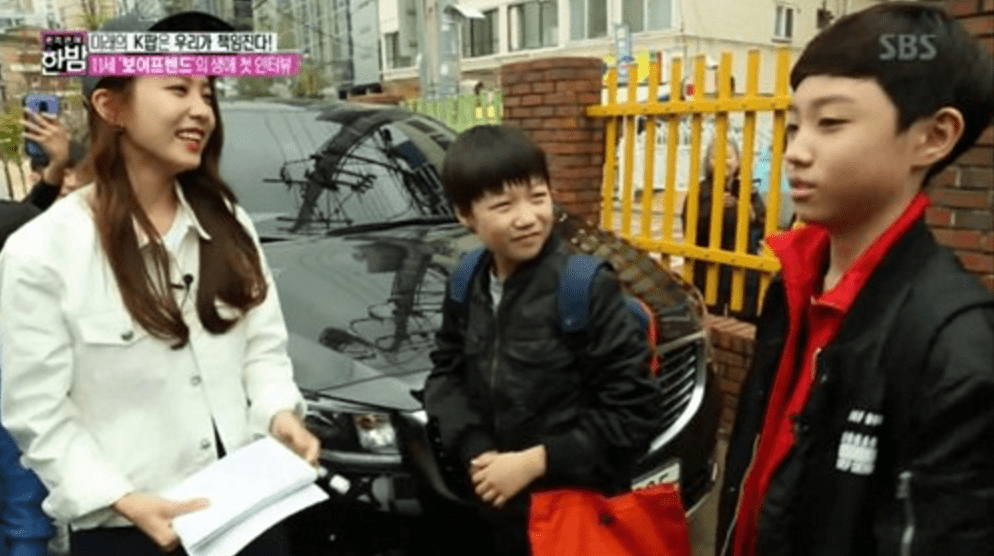 The two boys, who are eleven years old, competed together as a duo called Boyfriend. They recently took the final crown on the final season of the audition program through their rap, dance, and vocal skills. Due to the high score they received from judge Yang Hyun Suk, it has been speculated that they might sign a contract with YG Entertainment.

When Boyfriend went to Hongdae on “Night of Real Entertainment,” they were instantly recognized by the public, including foreigners passing by. Also during the show, the two of them headed over to have fun at karaoke. 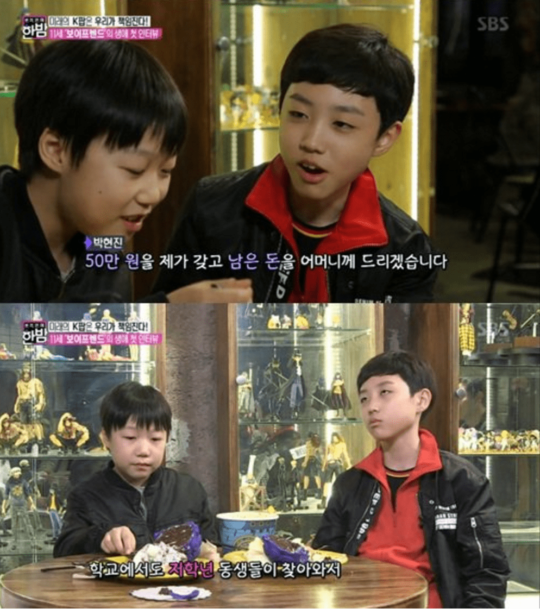 Kim Jong Seob said, “After buying the things I need to make music, my parents will manage the money.”

He added, “After we won, things changed. The kids at my school and even kids younger than me come up to me and ask for a signature.”