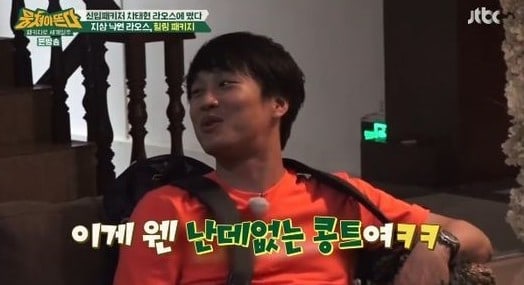 Cha Tae Hyun is currently on a trip to Laos with the crew of JTBC’s “Carefree Travelers,” but old habits die hard!

On the April 18 episode of “Carefree Travelers,” Cha Tae Hyun was seen looking much more tired than the other members. This came as a surprise as he’d taken the lead in the games the day before, and the other members commented, “It looks like your stamina only lasts for two days and one night.” 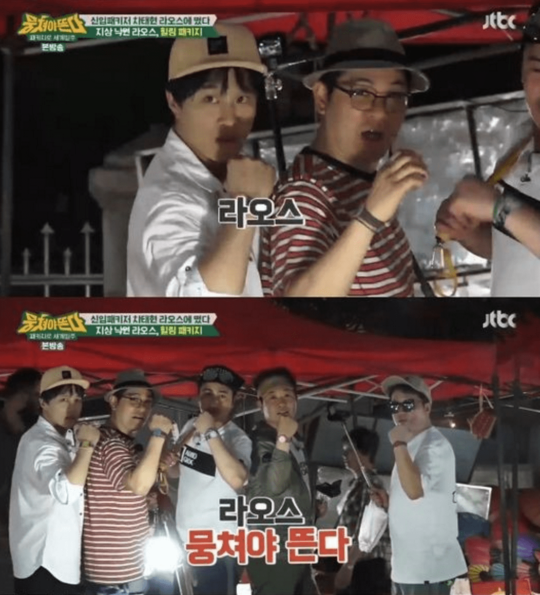 Later on, the cast visit a beautiful waterfall and like he often does on “2 Days & 1 Night,” Cha Tae Hyun took a dive into the water. However, he commented, “I’m doing it here because I want to. There, it’s a punishment.” 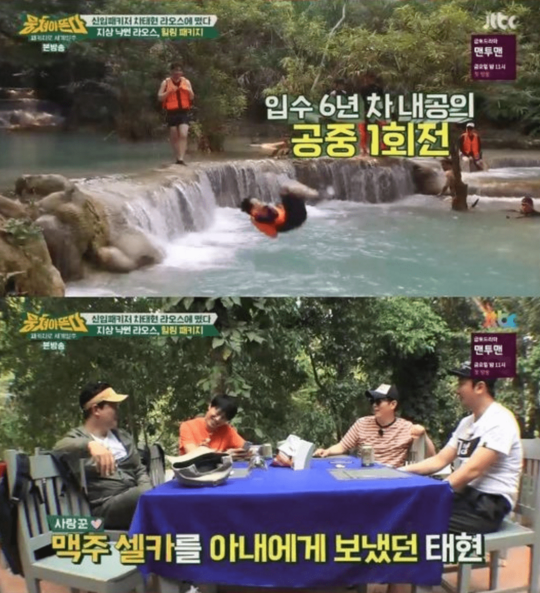 Cha Tae Hyun also confirmed yet again his reputation as a loving husband and father after he was spotted sending a picture of himself drinking beer to his wife during the trip. Hilariously, his wife responded by asking him to bring some of that home.

In the night market, he was also spotted looking for presents to buy his children. When buying a gift for his daughters, he said, “We have to buy two of everything or they’ll fight.”