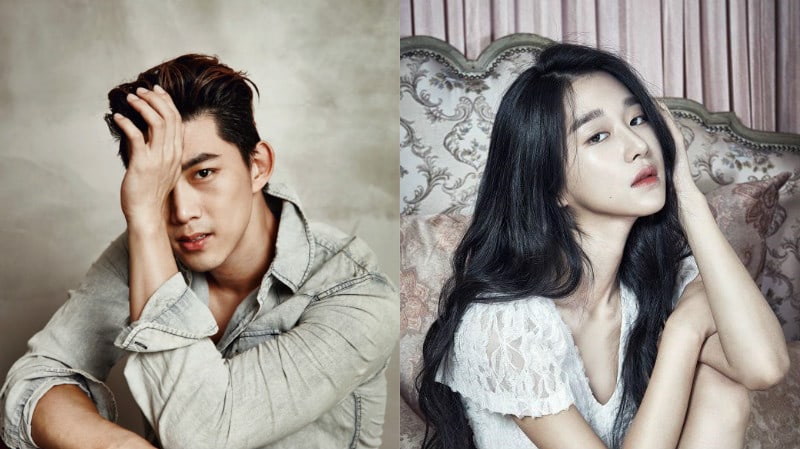 2PM’s Taecyeon and Seo Ye Ji have been confirmed to star in OCN’s upcoming drama “Save Me” (tentative title).

It takes place in Muji, a small city populated by 50,000 people, and the story unfolds as four unemployed men answer a woman’s call for help. It is a drama adaptation of webtoon (web cartoon) “Out of the World” (literal translation). Unprecedented in any drama in the past, it will explicitly deal with the theme of religious cults while including elements of youth and mystery.

Taecyeon will be playing Han Sang Hwan, a tall, handsome, and bright young man who feels pressured about being the son of a governor, while Seo Ye Ji will act as Im Sang Mi, a graceful and quiet woman who moves from Seoul to Muji after her father’s business goes bankrupt. Her father then starts to rely on the leader of a religious cult, and she attempts to save him from the dangerous group. Sang Hwan first meets Sang Mi when she moves to Muji, and they go through a traumatizing event that makes him realize how weak he is. Three years later, he meets Sang Mi by coincidence and plans a strategy to get her out of the religious cult.

Woo Do Hwan, who is known for his role as the killer in movie “Master,” will play Seok Dong Chul, one of the unemployed friends of Taecyeon’s character. Due to his deprived childhood, he grew up as a rebellious kid. When Sang Hwan appears in front of him one day and asks for his help in saving Sang Mi, he feels both happy and angry to see Sang Hwan.

Baek Jung Ki, the cult leader that takes over the town, will be played by Jo Sung Ha. He will showcase his acting skills by portraying the evil leader who takes advantage of his followers.

The production crew of “Save Me” expressed, “We are preparing this drama as one that will continue the upward trend of OCN originals. The unprecedented theme, actors’ reliable acting, and skilled production team will combine to create a great piece.”