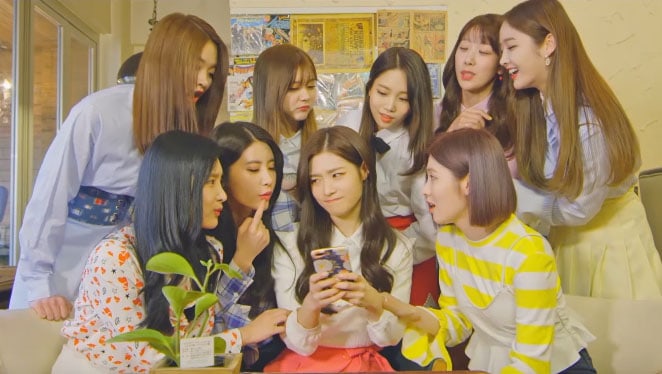 Jung Chaeyeon’s phone has been ringing off the hook!

The DIA member revealed that she has received a huge amount of phone calls from fans after her phone number was released to the public during DIA’s recent V Live broadcast.

On April 19, the singer joined her group mates for a special showcase at Seoul’s Shinhan Card FAN Square to celebrate the release of their second studio album “YOLO.”

“After my phone number was revealed, I received over 10,000 messages,” she told fans at the event. “I wanted to answer them, but I had to practice, so I couldn’t.”

As a part of the promotions for DIA’s new single “Will You Go Out With Me,” Jung Chaeyeon released her phone number during a V Live broadcast prior to the release of the album. While it was not actually her real number, fans who called it were met by a voicemail from the singer. During the broadcast, the singer actually chose one lucky fan – an unnamed male high school student – to call back.

With the inclusion of new members Jueun and Somyi, DIA has recently been reorganized into a nine-member group. Their new album “YOLO” was released on April 19.