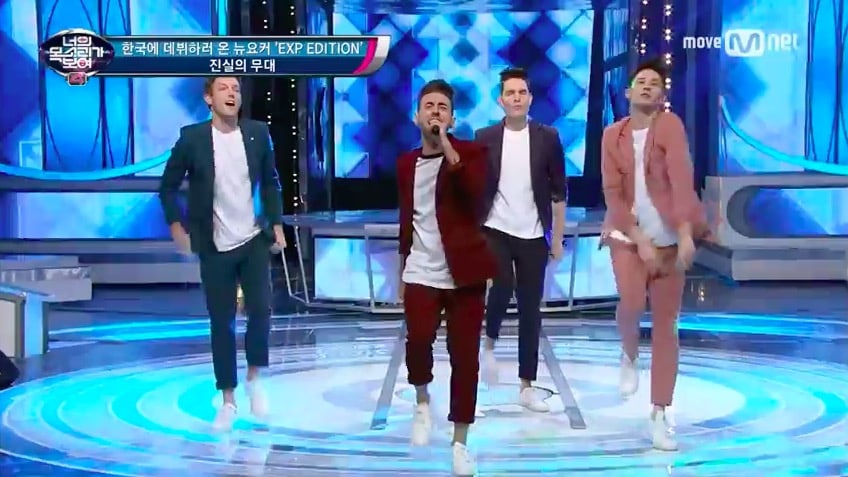 The April 20 broadcast of Mnet’s “I Can Hear Your Voice” was a Super Junior special.

Four American men from New York stole the show when Super Junior members were asked to guess whether they looked like New Yorkers who wanted came to Korea to debut there, or if they looked like a K-pop dance cover group who can’t sing. Super Junior guessed that they couldn’t sing, however, they proved them wrong with a strong performance of Super Junior’s “U.”

Meanwhile, EXP Edition released a singled called “Feel Like This” in Korea on April 17.

Super Junior
I Can Hear Your Voice
EXP EDITION
How does this article make you feel?