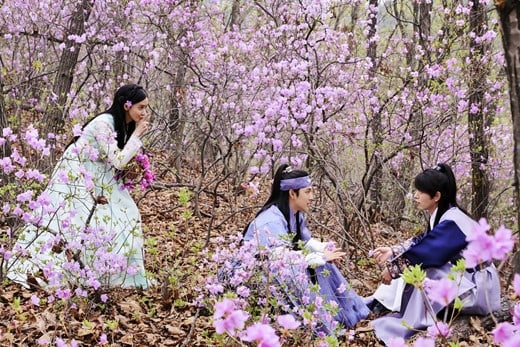 The drama is a mellow historical fiction that tells a story of love and desire between the three leads. It is based in the Goryeo era, and is 100 percent pre-produced.

The still is from a shoot from April 16 in Ganghwa County with Wang Won (Im Siwan), Eun San, (YoonA), and Wang Rin (Hong Jong Hyun).

The three of them look like they’re enjoying each other’s company between the beautiful spring flowers.

The drama is slated to air some time this year.