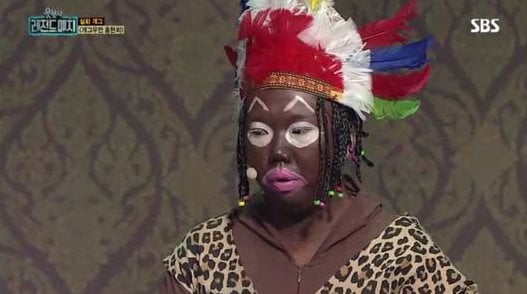 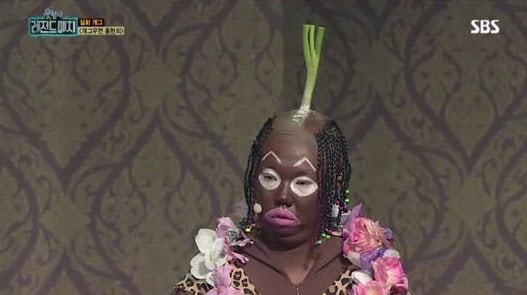 Many viewers expressed their outrage over the sketch, criticizing the show for belittling African Americans. Sam Hammington posted an angry message on his Facebook, saying, “Hong Hyun Hee appeared in blackface…it’s so pathetic! When will people ever stop these ridiculous acts? Is making fun of a race that hilarious? As someone who has done several comedy shows in the past, I am ashamed.”

After the show made several headlines for its racist skit, the show’s production team released an official press statement on April 21, saying, “We sincerely apologize for not carrying out a thorough review of the sketch. We have deleted the clip of the skit, and we will make sure this doesn’t happen again.”

In response to the apology, many Korean viewers have been calling for a change in perception regarding race, expressing that it is not right to make people laugh using blackface.

SBS
Comedy Hunter
How does this article make you feel?