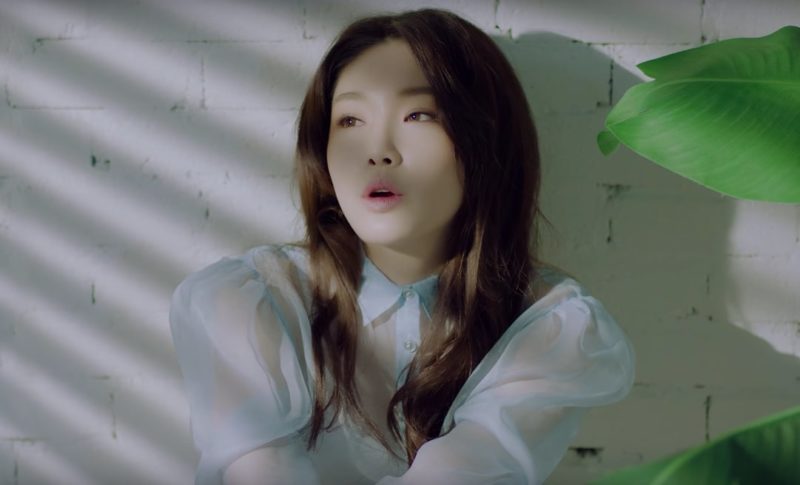 Singer Kim Chungha talked about some of the contestants’ lack of screen time on “Produce 101 Season 2.”

On April 21, the former I.O.I member appeared as a guest on the SBS Power FM radio show “Choi Hwa Jung’s Power Time.” During the broadcast, Kim Chungha revealed that she was a big fan of the show “Produce 101 Season 2.”

“I can’t set my mind at ease while watching the show because it feels like I’m watching myself on screen. I find myself covering my eyes sometimes,” she admitted.

“When I see contestants who are unable to receive good [rankings], I feel disappointed because [all the scenes of] their hard work are edited out. I hope every single trainee will cheer up and gain strength,” she expressed.

The singer then shared some thoughts regarding the center spot. “In the beginning, I didn’t know why being the center was such a big deal, but then I realized it actually had a lot of benefits. It’s hard to get screen time when you’re with 100 other contestants, but the center gets a lot of it,” she explained.

Chungha
Produce 101 Season 2
How does this article make you feel?