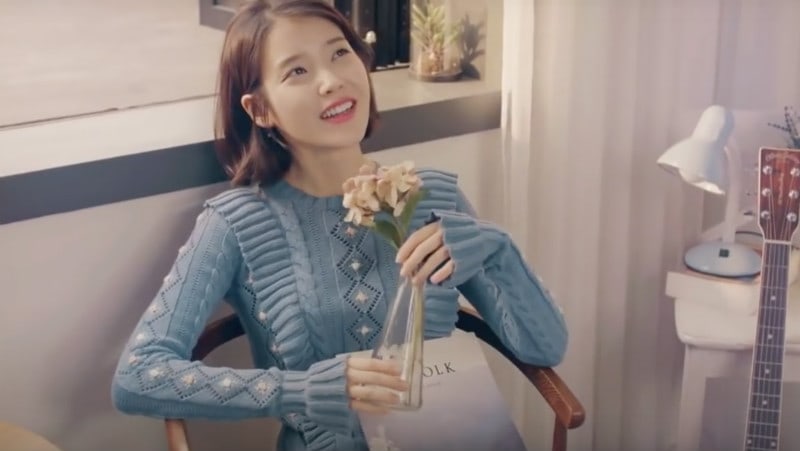 Watch: IU Talks About Her Girl Crushes And More In 52 Question Interview With Dingo

On April 20, the online media company Dingo released a 52 question speed interview with IU, covering some interesting facts that you might be surprised to find out about the chart-topping solo artist.

During the interview, when asked if she checks the comments on her Instagram, IU gave an honest response and said, “I check it from time to time when I want to hear that I’m pretty.” Afterwards, she admitted to searching for herself on the internet at least once a day.

The singer also talked about different artists on her radar and her music aspirations. IU picked Oh My Girl as her favorite girl group at the moment and stated, “All the members are so pretty and unique in their own way.” Afterwards, the ballad, acoustic singer shyly showed off her dance skills to Oh My Girl’s track, “Coloring Book.”

IU also made a surprising statement and said that the next genre of music she wants to try is hiphop. When asked which singer she would want to collaborate with in the future, IU picked Rosé from BLACKPINK and said, “She is so cool and charming.”

Finally, IU talked about her close friends, Yoo In Na and miss-A’s Suzy. She described Yoo In Na as a motherly, sisterly figure and said that she is the funniest person she knows. Next, IU described Suzy as, “A friend I am never awkward with, no matter how long we’ve been apart.”

Check out all the 52 questions in the full interview below!